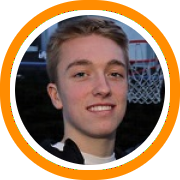 The 2018 Memorial Day Super 16 Showcase came to an end on Sunday afternoon with champions being crowned in all age groups.

The highest prize in the varsity division was shared by two teams who both finished undefeated on the weekend. For the Middlsex Magic, this was their third consecutive #S16 varsity division championship as the core of Tommy ONeil, Tyler Kolek, Cole Prowett-Smith, Patrick Mogan, Rhett Carter, and Johnny McCoy led them to double figure wins over both Castle Athletics and Rhode Island Elite in Sunday's bracket play games.

The Middlesex Magic also took the top prize in the 10th grade division, marking the second consecutive year in which they swept the two senior championships at the Super 16. The sophomore squad took wins over Stamford Peace, Rhode Island Elite, and Castle Athletics with a beautiful blend of ball movement, skill, and perimeter shooting behind the likes of Will Dorion and Chris Edgehill among others. The Rhode Island Magic captured the 10th grade National title behind a 35 point performance from Justin Tedeschi.

The Jayhawks, led by high-major forward Chris Ledlum, may have had an even tougher draw in the varsity division as they finished pool play Sunday morning before holding off a gritty Metro Boston team. Their final featured an all-New York battle with the Gauchos that required an overtime session and big plays from Jordan McAllister and Victor Rosario before they were able to come away with the championship.

New Haven PAL defended their local turf to take the varsity division American championship on Sunday. They opened with a 68-48 win over a Rhode Island Elite team before handling Academic Basketball Club 59-40 in the semis. The final was more hotly contested but they ultimately pulled out a 59-56 decision over TMT as Kyle Daniels continued to play a starring role.

Team New England made a statement in the 9th grade division by winning the championship game over Castle Athletics by 35 points. Dylan Ahearn was fantastic in the final going for 21 points and just missing the triple-double with 9 rebounds and 9 assists. Max Poulton, Jayden Brown, and Kinsley Breen all stood out at various points in the weekend as well. North Shore Sports Academy took the 9th grade National championship with wins over Rhode Island Magic and Connecticut Rebound.