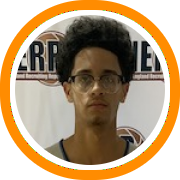 The Middlesex Magic captured their second consecutive Super 16 Championship in the 10th grade division as they fought off Stamford Peace, Rhode Island Elite, and Castle Athletics on Sunday in route to the title.

George Smith, Middlesex Magic – A key cog in a skilled and unselfish Magic backcourt, the lefty can shoot it with range and also has the size to score over top of smaller guards. He was the team’s leading scorer on the weekend but also versatile on the defensive end and willing to rebound out of his area. His emergence has been paramount to the Magic’s spring success.

Chris Edgehill, Middlesex Magic – A skilled guard known for his shooting prowess, Edgheill paced the Magic’s offensive attack from the perimeter with jumpers, easy baskets, and free-throws throughout the weekend.

Jack Poirier, Middlesex Magic – The combo-guard is best known for his prowess from downtown, and he drilled three threes in the finals to prove it, but the progression of his pull-up jumper into another legitimate weapon was on full display this weekend too.

David Brennan, Middlese Magic – Brennan was pound for pound as good of a rebounder as there was in the u16 division. He also does all the little things that don’t show up in the box score but is undeniably the heart and soul of a Magic team that went undefeated this weekend.

Shemani Fuller, Castle – A 6’7 athletic and springy athlete, Fuller has a terrific physical profile and utilizes those tools to defend multiple positions and plays above the rim consistently. He was a big part of their run to the finals.

Joe Munden, Castle – Munden paced a balanced Castle attack all week.  The penetrating guard uses his jab step well and created space off his drives by initiating slight contact with his defender.

Tadgh Crowley, Castle – Standing at 6'9, Crowley uses his size advantage on the boards and inside the paint to finish. His value is further enhanced by his high motor and willingness to communicate on the floor though.

Jai Smith, NY Dragons – Standing at 6’7, Smith dunked everything in the paint.  While his skill work on the perimeter needs to continue to improve, his willingness to defend makes for an intriguing prospect.

Josiah West, NY Dragons – An athletic lead guard, West uses a quick first step to get in the lane and is not afraid to finish at the rim in traffic.  He impressed throughout the weekend, and is one to keep an eye on for the Dragons as the summer goes on.

Grant Driscol, RI Elite – The East Greenwich combo-guard played amazing defense all weekend long to get steals and deflections. He also rebounded well above his size and made open shots out to the arc.

Dante Alvies Santos, RI Elite – The latest talented guard to come out of Cumberland High School, Santos controlled the tempo all weekend long with his ability to score and distribute while also showing an improved stroke from three.

Akim Joseph, Stamford Peace – He’s well built with a skill set that continues to emerge. What really differentiates him though is his unselfishness and passing instinct, relative to other players with similarly high other gifts, as he plays the right way.

Mason Jackson, Expressions – Jackson is a big, 6’6, wing who uses his lanky frame to grab offensive rebounds and be a force on the defensive end. He made a ton of hustle plays that energized his Expressions squad and extremely high ceiling.

Bube Momah, CBC – Momah is a versatile with a high ceiling as he’s 6’5, tough, long, and has a high motor on both ends. He’s a factor defensively as he closesly off passing lanes and blocks shots with ease while his upside on the offensive end of the floor is equally bright.

Justin Tedeschi, RI Magic - Tedeschi is a savvy point guard who put his team on his back in the championship of the American division. He finished with 35 points including six three-pointers, and only missed a total of 5 shots throughout the entire game, to almost single handedly deliver a 74-72 win and consequent championship.

Will Dorion, Middlesex Magic - Completing a solid spring, Dorion is as tough and fundamentally sound as they come.  He looks for contact on his drives and is not afraid to get after a loose ball or grab a tough rebound.

Zed Key, NY Jayhawks – One of the best big men in the field, Key thrived even when playing up an age group as his big body and footwork allowed him to operate on the block and score with his back to the basket.

Jarrell Okorougo, Mass Rivals – The incoming Brimmer & May product could be the next big Gator guard to make waves. He can get downhill in a hurry, crashes the glass hard, and even had a game winning tip-in.

Justin Fitzpatrick, Expressions – A 6’6 scoring wing who can hit shots in bunches, Fitzpatrick continued to show the same size and scoring package that provides him such an intriguing long-term future.

Aedan Using, CT Playmakers – The Playmakers went 3-0 in pool play thanks to Using’s dominance as he went for a pair of 30 points performances and averaged 26 points, 13 rebounds, and 6 blocks per game on the weekend.

Jayquan Leonard, Rise Above – Leonard was a model of consistency this weekend for Rise Above, going for double figures each time out, and proving himself a threat against high level competition including WeR1, Castle, and Metro Boston.

Chas Morgan, RI Magic – He played a key role in the Magic’s American championship and was the standout in the semifinals, going for 26 points. The 6’2 athletic wing is as accomplished a defender as he is prolific scorer.

John Nimons, CT Sound – His motor and class shined through as he never gave up on a play and showed terrific sportsmanship all weekend long. He might not have been his team’s leading scorer but he knows how to play without the ball in his hands and make winning plays.

Bobby Sommers, Mass Select – He’s evolved athletically and become more of a threat to make plays for his teammates while maintaining his physical strength and ability to make shots, In so doing, Sommers has taken his game to new level and is an emerging prospect.

Deandre Ortiz, Metro Boston – With Ozzy Trapilo, Felix Kloman, and Devonte Sweatman all playing up, Ortiz took on more responsibility on both ends of the court and didn’t disappoint with his scoring, defense, or rebounding.

Jayvon Chapman, New Haven Heat – A true point guard who struck a balance between running the show but still providing a scoring presence, Chapman made pinpoint passes but was still in double figures every game. He has strength going to the rim & is a good drive and kick type player.

Tyler Hind, Syracuse Select – A very solid & stoic guard who played in several tight games this weekend, Hind held his ground and stayed poised under pressure.  He hit several of his teammates for backdoor layups with slick passes off the bounce and also finishes through contact with both hands.

Tanner Thomas, PTT – An undeniable talent who continues to emerge, Thomas showed an increased level of confidence from the high school season and was able to use his body to carve out space around the rim and assert himself in the paint.

Matt Houde, Mass Elite – Houde is a quick guard with a tight handle. He led the way for his team by making shots off the dribble and plays for his teammates with his creativity and floor vision.

Gabe Springer, JB Hoops - A long and athletic big man who runs the floor well and can finish above the rim, Springer stood out as an intriguing prospect who is just scratching the surface of his ability.

Nate Bellhorn, Grand Sachems – A true scorer, Bellhorn showed the ability to convert from all over the floor. He can drill a three with a quick release or penetrate and nail a pull-up. He is also quick enough to compete for rebounds despite his stature.

Randall Vega, NE Storm – A 6’1 wing, Vegas was the IT factor for the Storm on their way to the 10th grade American finals. A jack of all trades with the athleticism to guard multiple rebounds and rebound inside, he also showed range on his jumper and strength in the post.

Justin Lebron, TMT – Bursting with potential, Lebron has good size at 6’5 and the ability to stretch the floor while also playing above the rim. He needs to add to his slight frame as well as improve his motor in order to truly be able to dominate.

Brian Austin, Thunder – Austin is a workhorse type guard who defends 94 feet and is always looking for steals. He’s a good shot-blocker for his size as well and can also stretch the floor and pass the ball skillfully offensively.

Guy Ragland, Expressions – Ragland is the real deal on both sides of the ball. He stands at 6’4 with precision passes, long range, as well as the strength and size to get to the rim. On the other side, he is a steal machine and his long arms allow him to lock up ball handlers, block shots, and bang on the boards.

Cinceree Lash, CT Select – An absolute defensive animal, Lash is an excellent man-to-man defender as he denies his man the ball and cuts of passing lanes around the court. On the offensive end, he has good court vision which allows his teammates to move freely off-ball.

Cari Dudley, GHPA – A long point guard who made a huge impact in the 10th grade division despite  only being a freshman, Dudley got to the rim easily and used his length to cause havoc on the defensive end.