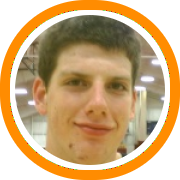 Mike Marra, Darryl Cato-Bishop, Thomas Knight, Matt Brown, Denzel Brito, and Kyle Casey are all headed to the Reebok All-American Camp in the first week of the July live period.  There they will join some of the best players from around in the country including the likes of Renardo Sidney, Kenny Boynton, Abdul Gabby, and Brandon Knight.

The Reebok All-American Camp is a descendant of RBK U and the very prestigious ABCD Camp that was created by Sonny Vaccaro.  Vaccaro’s long-time right hand man, Chris Rivers, now serves as the Director of Reebok Grassroots Basketball and the All-American Camp.

While many of the 140 invitees received their invitation based on their reputation, the six New England products had to earn theirs the old fashioned way.  Marra, Cato-Bishop, Knight, Brown, and Casey were all selected based on their performance at the Reebok Headliner Camp in May.  Brito’s path was even more competitive as his strong play at the Headliner Camp earned him an invitation to the Breakout Camp for underclassmen in June.  Only after he again shined at that camp was he selected for the All-American Camp.

Gerard Coleman also earned an invitation via his performance at the Headliner Camp.  However, the talented swingman declined to play in Philadelphia and is instead headed to Hoop Mountain’s Super Week II at Stonehill College.