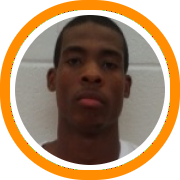 The SECC All-Stars have had a very successful debut season thus far.  They’ve captured a several different championships in the younger age divisions and established two quality 17-and-under teams, both of which have an abundance of college prospects.

The evening began with an introduction and quickly got into an hour of skill work.  Then, the two 17 year old teams took to the court, along with some of the players from the 16’s, for a five on five game in front of the college coaches in attendance.

Here’s a look at the guys who were most impressive:

Ellis Cooper, Northampton High School – He’s impressed at several different stops along the spring travel circuit thus far this and tonight was no different.  He’s simply too strong and athletic for most of the competition in Western Mass as he scores in bunches around the rim whether it be on the offensive glass, off the dribble, or running in transition.

Jordan Smith, Springfield Central High School – We loved his burst off the dribble and ability to create for himself and others.  Beyond his explosive first step he was crafty in the lane, equally comfortable going left or right, and even capable of knocking down the open jumper from the perimeter.

Andre King, Sabis Charter School – A pure scorer with a college ready body, King put the ball in the basket tonight relying primarily on his pull-up jumper.  He created space in isolations by changing speed with his dribble and also showed he could come off a ball screen in either direction, both of which led to open looks off the bounce.

Ryan Mickiewicz, East Longmeadow – He was very aggressive with the ball as he was constantly looking to attack with a quick right to left cross.  We were most impressed when he was able to make the defense collapse and subsequently kick out to open shooters, but he also showed he could score himself.

Dan Martin, East Longmeadow – Another rising senior who has consistently impressed this spring, Martin’s transition from the post to the perimeter is now well documented.  The end result is a true mismatch problem who will let his defender pick his point of attack.

Greg Davis, MacDuffie School – This is the first time we’ve seen Davis and his upside is immediately noticeable as he has good size and length to go along with a nice shooting stroke from the perimeter.  He’s also active defensively as his long arms and high motor allow him to get his hands on a number of balls.

Others who caught our attention:

Devante Vanderpool, New Leadership Charter – athletic forward who is a live body on both ends of floor

Sean Cunningham, Amherst High School – heady forward who is crafty inside with patience, pivots, and up and under move

Luke Noreen, East Longmeadow – lefty with deceptive athleticism gets to rim and can make perimeter jumper if unchecked

John Basile, Springfield Cathedral – significant experience helps him to stand out in comparison to rest of u15 team

Brice McAllister, Birchland Park – just an 8th grader but the future East Longmeadow product has the potential to be a star