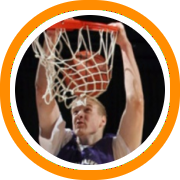 It began in the sophomore class where, as we told you a few days ago, it became unanimous that Andre Drummond was the top player in the country as now Scout, Rivals, and ESPN have all made the same claim.

Scout.com ranked 75 players in the class of 2011 and three New England products made their debuts on that list.  Tops among them was Shabazz Napier who checked in at #39.  Naadir Tharpe was able to do enough this summer, despite his injury, to crack the list at #62 while Tyler Olander jumped in at #67.

Ironically, Derrick Wilson, who was New England’s top ranked player by both ESPN and Rivals, was not ranked in the top 75 by Scout.

Carson Desrosiers was the big winner in the class of 2010 as the Central Catholic big man shot up the top 100 list all the way to the 38th spot.  But that still wasn’t enough to overtake Nate Lubick who came in a spot earlier at 37 and becomes the region’s top ranked player by all three major national recruiting services.

Gerard Coleman remains in a similar spot as the 66th ranked player in the senior class while Evan Smotrycz and Jason Morris aren’t far behind at 71 and 78.  Rod Odom dropped out of the top 100 despite the recent elevation in his recruitment.

Scout.com’s rankings also featured a number of incoming prep products.  Brewster Academy swingman Will Barton is among the top ten players in the country in 2010 as the Baltimore native was #8 on the list.  South Kent’s J.J. Moore was 76th in 2010 while Winchendon’s Markus Kennedy was 79th.  The only new addition in the class of 2011 rankings also came from the Winchendon School as Angel Nunez was 59th.