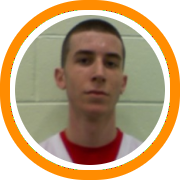 It was 2007 when the New England Recruiting Report made our first trip to the Scott Hazelton Basketball Camp.  When that trip resulted in our first look at both Evan Smotrycz and Carson Desrosiers we promised to return.

Since then, the camp has became an annual stop for us in an otherwise quiet month of August and has led to the discovery of other tremendous talents including Jordan Laguerre and Pat Connaughton in 2008, and Noah Vonleh in 2009.

This year’s camp roster was no less impressive as talented players could be found all the way from the class of 2011 to rising middle school players.

Ryan Canty (2011, Danvers, MA) – For as much as we have seen some players in the class of 2011, some things never get old.  One of those things is watching Canty dunk the ball as he gets his head on the rim and throws it down with such force.  He was a dunking machine early on and showed some signs of evolving skill as well, going right to the rim from the low post and even knocking down an elbow jumper.

Scott King (2011, Holderness, NH) – After a breakout summer King is playing with a ton of confidence right now and it shows in every aspect of his game.  While he continued to drill long range jumpers, he didn’t limit himself to being solely a catch and shoot threat as he was dunking in transition, attacking close-outs, and flashing through the paint for short pull-ups off the catch.

David Madol (2011, Trinity, NH) – Madol is one of those guys who is sneaky good.  In other words he have to watch really closely to realize how talented he is.  He has good size to score around the basket with both hands, a smooth skill set to handle the ball in the open floor and make pull-ups jumpers as well as threes, and more bounce than most people realize which he showed with a couple of double pump dunks.

Joe Mussachia (2011, Manchester Essex, MA) – Another player who helped himself this summer, Mussachia now boasts recruitment from the division II level as well as some of the top academic small colleges in the country.  It’s not hard to see why as the long southpaw is very skilled and a natural scorer.  Another impressive development saw him asserting his will on the defensive glass as well.

Mack Burt (2011, Saint John's Prep, MA) - The 6'4" small forward is an aggressive and active player.  Burt used his physical body to both rebound and finish around the rim.  Burt also can step away and knock down the three.   He is one of many talented players at Saint John's Prep next season.

Derek Collins (2013, North Andover, MA) - Collins is unique in that he is able to get to places on the floor that few guards his age can.  Known for his three-point shooting, Collins has some nifty moves to create other scoring opportunities for himself.  He is masterful in creating space off the dribble and has a deadly pull-up as well as some acrobatic finishes around the basket.

Matt Cimino (2013, Cheverus, ME) - The 6'7" has a great touch and a high basketball I.Q.  He is excellent from behind the arc and has an excellent touch around the basket as demonstrated by the array of half hooks he finishes around the rim.  Cimino is also a delight to watch when he rebounds and puts the ball to the floor to lead transition.  As his body develops, this youngster is likely to be very special.

Alec Brennan (2014, Milton Academy, MA) - The 6'7 forward continues to get better each time we see him.  Brennan plays the game very hard and attacks the boards.  Brennan also has a much improved face-up game from the wing as he putting the ball to the floor successfully.

Mabor Gabriel (2013, Trinity, NH) - The 6'7" Gabriel is long and athletic and has huge strides in his game over the last few months.  Gabriel has nice touch both around the rim and from the perimeter.   He is one of a long list of long wingman at the camp that have a great upside.

Steve Haladyna (2012, Saint John's Prep, MA) - The 6'3" Haladyna just makes plays.  He competes extremely hard and has a great knack for the basketball, especially off the offensive boards.

Ryan Hartung (2012, Phillips Academy, MA) - Hartung continues to improve each time we see him.  Hartung, known for his great stroke behind the arc, has now added some game off the dribble to his arsenal as he demonstrated some nice pull-ups and takes to the basket.  Hartung is also playing with more aggression and is much more active around the basket.

Eric Davis (2012, Milton Academy, MA) – We’ve gotten a couple of good looks at Davis this summer and come out impressed each time.  His game has really come a long way in the last year as he has turned himself into more of a point guard, makes shots from behind the three-point line, and finds ways to get into the paint and finish around bigger players.

Sam Dowden (2013, Andover, MA) - The 6'4" swingman is active all over the court.  Dowden has a great stroke and knocked down shots beyond the arc.  He also has a pretty crossover to a pull-up and has much success getting to the rim with his left hand.

Colin Richey (2013, Whitinsville Christian, MA) - Richie is an extremely efficient point guard who has an excellent understanding of the game and is able to make those around him better.

Travis Descoteaux (2013, Trinity, NH) – It was an impressive performance for the undersized young guard as Descoteaux showed off a versatile and skilled attack from the perimeter by making threes and pull-ups and driving and kicking to others.

Mike Carbone (2012, Saint John's Prep, MA) - Carbone is a scrappy player that gets it done on both sides of the floor.   He plays extremely hard and creates opportunities for himself in transition.  Carbone can also knock down the three.

Malcolm Smith (2013, Chevrus, ME) - The 6'1" guard is extremely athletic and has a great first step which he uses to create space off the dribble to get easy looks at the basket.

Stay tuned to our Junior Elite Division later this week as we’ll recap the rising 7th, 8th, and 9th graders that impressed us.