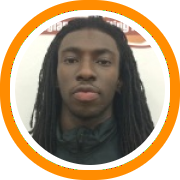 The 5th annual Scholar Roundball Classic tipped on Saturday morning at Babson College on the heels of Friday night's Coaches vs. Cancer Classic and it was another exciting day of action and exposure with over 50 college coaches in attendance including Boston College head coach Jim Christian, Harvard head coach Tommy Amaker, Penn head coach Steve Donahue along with assistants from Villanova, Northwestern and numerous others.

Game 1 saw the return of Jermaine Samuels and his first game back to the Rivers' line-up helped spark a win as the junior immediately got back to his old ways with a pair of runners in the opening minutes en route to a 20 point performance. Azar Swain added 17, including his 1000th career point, while Connor MacIsaac and Tyler Aronson both contributed with a few impressive plays of their own. The standout for Andover was Danny Evans, a post-graduate guard from England, who scored 19 points and looked every bit the division I prospect in the process. Hallvard Lundevall also impressed as a quality spot-up shooter on the wing. Rivers finished with a 64-52 decision.

Northfield Mount Hermon made a statement in game two, avenging last season's loss to Champlain St. Lambert in dominant fashion, running away with a 93-68 win. Jerome Desrosiers stuffed every column of the stat sheet with 13 points, 10 rebounds and 9 assists. Akeil Shakoor had his best outing in recent memory with five three-pointers along 5 assists and 4 rebounds. A.J. Brodeur and Tomas Murphy formed a dominant interior tandem as the Penn bound forward finished with 18 points and 16 rebounds while Murphy showed increased flashes of stardom inside the paint. Andrew Platek continued his hot shooting from the perimeter to the tune of 15 points and 7 rebounds. Nikita Kasongo led the way for Champlain with 22 points and increased his following of division I coaches in the process.

Cushing Academy had their latest strong show on Saturday as well. Jarrod Simmons earned Player of the Game honors with 13 points and 11 rebounds as he was active and athletic roaming the paint. The real story for the Penguins though was their balance on the offensive end as Greg Kuakumensah, Wabissa Bede and Daylon Carter all finished in double-figures. Kuakumensah continued to be a spark on the defensive end as well while Bede pushed the tempo and Carter made shots from long range. Brandon Beloti was the leader for Tabor with a team high 18 points but Akim Sanni showed flashes of upside in the paint with his length, mobility and athleticism.

The fourth game of the day featured a Class A rivalry as Suffield Academy gradually seperated themselves from Milton Academy for a 67-56 final. This was a game that also featured two of the most impressive individual performances of the day as Garrett Stephenson was dominant inside for the tune of 28 points while Emory bound sniper Nick Tupanjanin bombed away for 29 points, the highest single total of the day on Saturday. Each team also had a pair of intriguing youngsters as Tyreek Scott-Grayson had a long and evolving frame, passing instinct and quick twitch reflexes while Milton's Cormac Ryan has a similarly intriguing frame that is just beginning to develop along with an impressive skill set. Tigers' junior point guard Griffin Kornaker also started to make a name for himself with his toughness and heady approach to running the team. Yale bound swingman Miye Oni was a fourth double figure scorer for Suffield.

Kimball Union's match-up with Blair Academy was well-played and highly competitive from start to finish and ultimately needed overtime to decide a winner. Nathan Knight hit key free-throws for KUA down the stretch while his frontcourt-mate Luke Rosinski anchored the team's defensive effort and came up with multiple critical plays in the final minutes. Ross Gerber and Spencer Kline finished with 11 and 10 points respectively to complement a very balanced attack for the Wildcats. Connecticut native Matt Turner was the bright spot for Blair as he made a number of high level plays, both making tough shots and operating off the dribble, to be Blair's top offensive threat of the day while two other celebrated juniors, Deng Gak and Kodye Pugh, showed signs of their high-major talent as well.

The 6:30p.m. match-up featured the last two Class A champions and two of the favorites for the 2016 crown as well. With both teams playing hard-nosed and well executed defense, especially for this early in the season, it was a low-scoring battle from start to finish. Tommy Mobley had a game high 15 points for Exeter, while providing obvious leadership as well, but it was Robbie Purdy who earned Player of the Game honors with a number of big buckets down the stretch as he both played big on the block and also made some tough drives to the rim. Williston post-grad Jamaal David made a series of high level plays and stood-out as one of the best available perimeter prospects in attendance while fellow post-graduate guard, Isaiah Brooks had very impressive moments as well.

The nightcap featured two Class AA foes as Cheshire Academy held-off a Holderness squad that made an inspired second-half comeback before falling just short. It was a story of two different halves for both teams. Elijah Pemberton scored 10 of his team high 13 in the first for Cheshire while Clayton Le Sann, who wound up taking Player of the Game honors, scored all ten of his points in the second half. Holderness junior big man Sukhmail Mathon spearheaded the second-half charge playing an inside-out style and scoring with both hands around the basket. Thomas Jackson and Philmon Gebrewhit both finished in double figures for Holderness, anchoring their perimeter attack. Cheshire freshman Chol Marial showed increased signs of his incredible upside, starting the game with an alley-oop dunk and then showing dexterity and touch throughout the next 30 minutes.