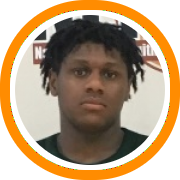 College coaches were out in full force on Sunday as the second day of the Scholar Roundball Classic attracted evaluators from all levels of college basketball including schools from the Big Ten, ACC, Big East, American, Atlantic 10, CAA, Ivy, Patriot, America East, NE-10 and NESCAC among others.

KUA earned a tough overtime win but the Sunday morning outing was nonetheless an important one for Andover big man James Lewis. A day earlier, he had started to make a name for himself in Andover’s loss to Rivers, but today he was even more impactful as he continued to show off his athleticism in the open court and ability to score around the rim. Lewis finished with 19 points as too did Kailan Lee, an athletic lefty guard who showed good burst and potential on both ends. Freshman guard Dallion Johnson continued to impress as well, capping a very strong opening weekend. Will Engelhardt was the standout for KUA as he knocked down four threes and finished with a team high 20 points. Spencer Cline chipped in with 15, showing his ruggedness around the rim and expanding offensive skill. Trent Noordsij, an under-the-radar prospect prior to his arrival at KUA, started to make a name for himself with 12 points while Duje Rada chipped in with 10.

Blair looked dominant early on but Cheshire wouldn’t go away and fought back from a 20 point deficit to make it a game in the second. The highlight of this game was the individual battle between Blair’s Miami bound forward Deng Gak and Cheshire’s star sophomore seven-footer Chol Marial. Neither disappointed as both delivered their fair share of highlight level plays. Gak showed off his expanded offensive game as he rattled off 8 consecutive points at one point on his way to a team high 23. Anthony Mack, who is committed to Wyoming, had his pull-up game going to the tune of 21 points. Junior guard Junub Char Chuol, who was so dynamic earlier this season at the National Prep Showcase, again showed his explosiveness and length attacking the rim while Matt Turner showed glimpses of his versatile scoring arsenal as well. The backcourt tandem finished with 17 and 13 respectively. Marial scored 15 for Cheshire, including explosive finishes and jump hooks over both shoulders, but Rich Kelly helped himself more than anyone with 20 points including threes off the dribble and tough extension finishes with his left hand. Nik Nehls and Jeff Allen, a pair of unsigned 2017 products, finished with 12 and 10 points respectively.

After a hard-fought first half, the Hill School was able to pull away over the course of the second half. Chase Audige continued to make a number of “wow” plays throughout the day, getting loose in transition and showing his ability to get downhill in a hurry. He wasn’t alone though as post-graduate Colton Lawrence was nearly automatic anytime he was able to get his feet set behind the arc as he and Audige both finished with a team high 16 points. Ethan Norton also showed well, impressing with his size on the perimeter, skill set and overall feel for the game. Choate was led by post-graduate wing Nick Fennell, who scored a team high 15 points and took advantage of the large crowd of college coaches to show off his bouncy athleticism and slashing ability.

NMH scored their second consecutive win of the weekend against an Avon Old Farms team that is poised to be among the contenders in Class A. NMH’s lead hovered right around ten until Andrew Platek caught fire and rattled off three straight second half three-pointers. He finished with a team high 21. Tomas Murphy earned Player of the Game honors, his second strong showing in as many days, with 18 points and a number of huge rebounds and put-backs to stop a late Avon run. Brown pledge Matt Dewolf had his latest solid outing as well, all in front of Bears’ head coach Mike Martin, as he went for 13 points to anchor the paint alongside Murphy. The most compelling individual performance of the game however might have belonged to Avon’s Luka Vasic, a 6-foot-7 post-graduate forward from Serbia who is committed to the University of Hartford. Vasic scored a game high 27 points, mixing in both powerful straight line drives and tough shots from the perimeter, to almost single-handedly keep his team in the game at times. Unsigned senior guard Raheem Spence also showed well as he has added some muscle to his frame and was able to be both the team’s primary ball-handler as well as a spot-up shooting threat from the perimeter.

In a game that was closer than the final score indicates for much of the 36 minutes of action, a Class AA favorite held off a Class A favorite. Five different players scored in double figures for Vermont as they appear to be getting more unselfish and cohesive with each passing week. Simi Shittu was named Most Outstanding Player of the game with 14 points and stuffing for all columns of the stat sheet. VCU bound big man Marcus Santos Silva scored 10 of his 16 points in the second half while Louisville bound sharp-shooter Jordan Nwora matched that total. Bailey Patella, who made a quick return from injury, chipped in with 12 while Matt Hanna added 10 in a very solid performance for the post-graduate guard. Unsigned senior Kendrick Gray had a well-rounded performance as he utilized his athleticism to attack the rim and infuse energy onto the game. Kent got great contributions from Colgate bound point guard Jordan Burns, who dropped 24 points with his future head coach Matt Langel in the stands, as well as Columbia bound forward Randall Brumant who added 20. Brandon Horvath’s jumper wasn’t falling with its normal regularity but when he and Jerry Ben get going, Kent will definitely be among the Class A favorites.

Coming off a big win over St. Andrew’s at last week’s ZG Prep Classic but a disappointing loss to Avon just 24 hours earlier, Loomis responded with a convincing performance in their win over Tabor Academy. Nelson Boachie-Yiadom earned Player of the Game honors with 16 points as he boasted a strengthened physique and versatile skill set but sophomore forward Jaiden Delaire looked to be emerging in front of our very eyes as he went for 18 showing his transition from potential to production. Unsigned guard Jesus Cruz added 14 in the win. Tabor got a huge performance out of Noah Fernandes, who went for 32 points while scoring from all three ranges. Fernandes made threes, pull-ups and got to both the rim and the free-throw line alike while fellow sophomore guard Chris Herren added 19. Together this duo looked poised to evolve into the best backcourt in Class A in the coming years and deserving of their early division I attention.

Brimmer & May went up early but Canterbury fought back to take the win. The Gators were once again led by A.J. Reeves who put up 24 more points, including five-three-pointers, with both UConn and Providence on hand until the very end to evaluate his progress. JuQuan Mills added 10 in the backcourt while Stone McLaren had his best showing in a showcase setting to date with 16 points on an assortment of face-up and interior moves. Canterbury though wouldn’t be denied, despite playing without both Keith Rado Jr. as well as Mike Sulik. Post-graduate forward Opong Bramble, sophomore forward Jamaal Waters and junior center Evan Goldberg combined for 32 points as they collectively controlled the paint. Meanwhile Kevin Fee emerged as the surprise star for Canterbury as the sharp-shooting junior went for a team high 19 points, not just knocking down his open threes but going a perfect 6-6 from the free-throw line in the second half.