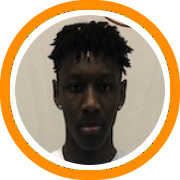 Connecticut Elite made an inspired run coming up with a dramatic quarterfinal victory and a commanding showing in the semifinals, but NYC Finest was no less compelling on the other side of the bracket.

The two programs squared off in the final with NYC Finest surviving for the championship.

NE Nightmare took the championship in the national division by holding off Showtime Elite.

Congrats to @nyfkak162 on the 10th grade ship #S16 pic.twitter.com/D4B7WGkEaR

Super impressed with this group, lots of talent in the Granite State! https://t.co/IRHOVgtjZl

2022’ Jason James put on a show in our semifinal game vs an ultra competitive Rise Above squad.

Love the progression this young man is making!

Marquis Duke with the layup in transition for NY Finest. They lead 37-26 at the half #S16 10th pic.twitter.com/YBTCxeo4qK

6’5 2021 Kualim Johnson of @Rise_AboveBball and @MPrepBBB is a wing guard with great size for his position. Has a good feel for the game and is a great shooter off the dribble. #S16 10th pic.twitter.com/piOAapJ8Yy

The player of the game for @CT_Passion_AAU is Thomas Lorenzetti! He had an excellent crossover which he used to get to the rim, and he hit multiple clutch shots to seal the W. #S16 10th pic.twitter.com/vNXPviQxAt

Darrel Yepdo of Northeast Xtreme is a shifty guard who has great playmaking abilities. He frequently put pressure on defenders and created openings. #S16 10th pic.twitter.com/JjZSmtsCvR

Kurtis Henderson has been a machine all weekend for @MiddlesexMagic 16u and 17u teams. Holden Symonds (2023) impressed with shot making ability and athleticism #S16 var pic.twitter.com/bSttmjFik6

2021 twins Hunter and Carter Meshanic of @WyvernNation led the way in a convincing win for their @CT_Elite_BBall team this morning. #S16 10th pic.twitter.com/hUS4oL3rb4

The player of he game for @wizkidsaau is Ray Glasgow! He had a very well-rounded game, with active hands on defense, excellent handles, and a variety of ways to score. #S16 10th pic.twitter.com/cZxcdUXRPZ

Dominick Campbell is the player of the game for Yes! He finished with a 20 point double-double, and was a monster on both ends of the court. #S16 10th pic.twitter.com/kxhG5WCFQs