Rumble in the Bronx  Saturday Recap 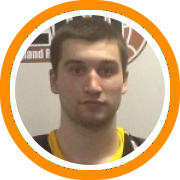 We got an early jump on the seventeen-and-under field on Friday night, and after catching a few more games early on Saturday we had the opportunity to focus on some younger teams for the majority of the afternoon.  Here’s a look at who stood out:

Nate Lubick & Dejuan Coleman, New England Playaz – There may not have been a more efficient interior duo than Lubick and Coleman.  They were the difference in the Playaz’ tough win over Yis Team Spree to start the day.  Lubick did a little bit of everything as he did his best to rip the rim down on a handful of dunks, made shots from behind the three-point line, battled inside, and even led the break.  Coleman caught and finished everything around the rim in the second half as he showed his catcher-mit type hands and super soft touch.  But what was most impressive was watching these two find each other off the pass in the Playaz’ high-low game.

Anthony Jernigan & Jakarri McCallop, Connecticut Slect u16 – “Champ” came out of the gates on a mission as his 18 first half points helped Select establish a 32 point lead over a very good Louisiana Select team.  But the second half was a different story as Louisiana chipped away with their endless full court pressure until they took their first lead of the game with just five seconds remaining.  Select called a time-out to diagram the final play of the game and it ended up working to perfection as they hit McCallop off a back-screen who laid the ball in for the win as the clock expired.  While McCallop got the fast start and the heroic finish, it was Jernigan who was responsible for preventing Louisiana from totally running away with the game in the second half as he was a virtual one man press breaker with his quickness and incredible handle of the basketball.

Eric Katenda, Albany City Rocks – We caught the first half of the City Rocks/Mass Rivals game and during that 16 minutes Katenda was far and away the best player on the floor.  He seems to have grown a couple of inches since the end of the school season and was utilizing his length, mobility, and athleticism to make plays both around the rim as well as in the open floor.

Expressions Elite u15 – Expressions beat up on the SECC All-Stars in a match up of two local clubs.  No one player in particular dominated for Expressions, although Andrew Chrabascz certainly had his finger prints all over the outcome.  Known primarily for his scoring prowess inside the lane, today he showed his versatility by rebounding in high volume, blocking shots off the backboard, and making a series of beautiful passes including two pinpoint outlets and a number of good looks from the high post.  Eli Lubick also proved his worth as a gritty and intelligent wing player with an effortless three-point stroke.  Daquan Grant stood out as well with his play on the defensive end and his unselfishness and creativity distributing the ball offensively.

Connecticut Elite u15 – From 1 to 12, this is as deep and talented of a local team as we saw in the fifteen and under bracket.  Timajh Parker-Rivera stands out as the prospect with the most upside, but today it was Thomas Bajda who caught our attention.  He’s a long 6 foot-3 ½ wing player who strokes the ball from behind the three-point line and is just as good pulling up off a dribble.  Pat Hopkins is a blue collar role player for the team, but he has significant value because of his rebounding and shot blocking inside.

Shabazz Napier, New England Playaz – On loan from Metro Boston, Napier thrived in the Playaz system today.  We must admit we were skeptical at first to see if he would be as successful when not given quite as much offensive freedom, but Napier stayed within the team concept, didn’t let the ball stick, and yet still showed his scoring ability within the flow of the offense.

Matt Barboza, Bay State Magic – He looks like a totally different player than the guy we saw at Bishop Hendricken as Barboza is proving himself to be a legit wing player at 6’7”.  He’s been showing new elements to his game this spring by handling in the open court, slashing & spinning to the rim, and scoring in the mid-range area.  Today he showed us another weapon as he knocked down four shots from behind the three-point line.

Greg Langston, Connecticut Elite – CT Elite faced off against Expressions in an early morning match-up of two New England teams.  The game went back and forth and ultimately came down to the final possession.  Langton knocked down a shot at the buzzer to give his team perhaps their most notable win of the season and culminate what had already been a good game for the rising senior.

Melsahn Basabe, New York Gauchos - The St. Mark's forwrad had 24 points in a big win over Carolina Heat.  More importantly, he showed an expanded skill set as he knocked down a series of 18 foot jumpers and even a three-pointer.  Beyond that he also showed off a bulked up physique and some new-found explosiveness as he seemed to be bouncier than we'd seen him in the past.

This morning provided us with an opportunity to check out two notable young players that we hadn’t seen yet since the conclusion of the high school season.  Tarik Smith, who runs with the Westchester Hawks u15 team, couldn’t get many shots to drop, but you could tell by his pure mechanics and smooth release that it was rarity.  Smith also handled the ball well, showed great speed, and has a potential big weapon in his mid-range pull-up.

Imoh Silas is suiting up with Expressions’ 16 and under club and the Holderness’ big man’s impact on the defensive end of the floor was immediately apparent.  He has a big strong body that he isn’t afraid to use, is a good athlete, and also runs the floor well.

We were able to confirm two big talents that are set to head to New England next year and play in the NEPSAC.  Will Barton, the top rated shooting guard in the country by scout.com, confirmed to us that he’s definitely attending Brewster Academy next year.  Barton runs with the Nike Baltimore Elite squad on the AAU circuit and has already committed to Memphis.

Joel “Air Jamaica” Wright who dropped 20 points on Team Odom while playing his with Juice All-Star team on Saturday afternoon also confirmed that he will be attending South Kent.  Wright was starring on his future home court today as he committed to Fordham earlier in the year.