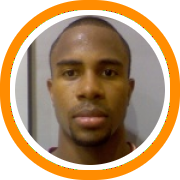 The top three teams in the country are unanimous according to the five voting members of the National Prep Poll as Hargrave Military Academy, Brewster Academy, and Patterson School appear to be ahead of the field.  But that’s where the consensus ends as each team has plenty to prove going into the season.

The defending national champions retain the top spot to begin the season.  Kevin Keatts’ squad is deep and talented.  The perimeter has plenty of scorers led by Indiana bound guard Maurice Creek and future UMass Minuteman Freddie Riley.  The frontline is versatile and athletic with one time Georgetown commit Chris Braswell now headed to Charlotte, Florida signee Deshawn Painter, and George Mason bound forward Luke Hancock.  If everything holds to form, Hargrave could be cutting down their second set of nets in the last two years.

Jason Smith’s squad won the NEPSAC title last year and is considered by many to once again be the league’s pre-season favorite going into this season.  With the interior tandem of Andrew Fitzgerald and Thomas Robinson, Brewster will be a force inside.  If they can get consistent production from their backcourt, they could very well be cutting down two sets of nets in March.

Each and every year Chris Chaney produces one of the top post-graduate programs in the country.  This year is no different as Patterson has fire power at virtually every position.  Few programs will be able to match their depth on the frontline as Washington bound forward Clarence Trent and future Rice forward Arsalan Kazemi are joined by 6’8” Rashanti Harris (Georgia State), 6’11” Hassan Whiteside (Marshall), and 7’1” junior David Nyarsuk.

Ryan Hurd begins his second year at the helm of the program that Bill Barton built.  Barton and Michael Beasley rode off into the sunset after Notre Dame won the first official National Championship in 2007.  Last year Hurd guided the team to the semi-finals of the national tournament.  This year he has reloaded with a contingent of tough perimeter players including Johnnie Lacy, Sean Kilpatrick (Cincinnati), Antoine Allen (Providence), and James Southerland (Syracuse).

Last year was the first season since 2004 that Bridgton Academy did not come away with the NEPSAC crown.  Whit Lesure’s squad also advanced to the finals of the 2007 National Prep Championship.  This year they are looking to return to their winning ways as they have added a talented cast including Malik Stith (St. John’s), Carl Blair (New Orleans), Duane Smith (George Washington), Chad July (High Point), Kauri Black, and Jamal Crook

Longtime division I assistant coach Kelvin Jefferson has taken over the South Kent program after former head coach Raphael Chillious accepted a job with Nike.  But not much else has changed in South Kent as the Cardinals again have one of the most talented teams in the country.  With Omari Lawrence (St. John’s), Kevin Parrom (Xaver), Lisandro Ruiz Moreno (Miami), and many others in the mix, Jefferson should have all the pieces to make a run in the NEPSAC this year.

The Winchendon School advanced all the way to the NEPSAC finals last year and gave Brewster Academy all they could handle before eventually falling in overtime.  This year, Mike Byrnes’ squad has noticeably more talent than a season before, beginning with Kansas State bound big man Jordan Henriquez.  Yves Jules is likely to put up big numbers in the backcourt before heading to Hofstra next year, while Sampson Carter and Eric Ferguson will be productive on the wings.

Babacar Sy’s team is the big question mark going into this season.  On paper they have one of the most talented groups in the country.  But with all but one of their players coming from over seas, they’ll have to prove it on the hardwood if they hope to be considered among the nation’s elite.  6’3” guard Mohamed Koita, 7’2” center Youssoupha Mbao, and 6’8” Banjda Sy are all being recruited at the highest levels at the moment.

St. Mark’s returns virtually everyone from last season’s team that plowed their way through their schedule en route to a NEPSAC Class C Championship.  Erik Murphy (Florida) and Nate Lubick (Georgetown) form as imposing of a 1-2 interior punch as there is in the country, but by virtue of their conference affiliation St. Mark’s won’t play as challenging of a schedule as the rest of the team’s on this list.  Consequently, they’ll have to take advantage of their opportunities to impress the voters.  The first comes this weekend as they face Findlay College Prep.

On paper, St. Thomas More may not have the same level of talent as some of the other teams earning spots in the poll.  But never underestimate Jere Quinn’s ability to coach up a group of hard-working and skilled overachievers.  Led by bruising big man Dan Jennings (West Virginia) and scoring wing (Anell Alexis), STM could very well surprise some people this year.