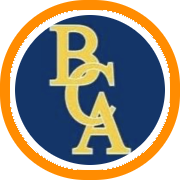 Bradford Christian Academy had an impressive 2021-22 season. They made it to the NEPSAC AA championship game and earned a National Prep ranking for the first time in school history. With a Northwestern bound floor general and two national 2024 prospects back, BCA has high aspirations.

Their big three is among the best in New England

Jordan Clayton recently signed with Northwestern. The guard is a sound decision maker, three-point threat, and impacts the game defensively. Kur Teng and George Turkson are ranked 36th and 133rd respectively in the 247Sports 2024 national rankings. Teng is a difficult cover with his multi-faceted scoring ability. Turkson has a high motor with versatility defensively with his length and lateral quickness.

Known for his work ethic, Isaac Bonilla earned a D1 opportunity next season at Maine. Before he starts his career in Orono though, his long-range marksmanship will be appreciated on this squad. Bonilla’s floor spacing ability should help to open up driving lanes for Clayton, Teng, and others.

Colon and Brander primed to take on a bigger role

Two players expected to take on more responsibilities this year are 2024 forward Jayden Colon and 2025 guard Drew Brander. Colon is a lefty with 6’6 size and three-point shooting ability. Brander can get hot in a hurry from long-range, put the ball down when attacking closeouts, while also having explosive leaping ability in space.

Are the young guys ready to step up?

While they do return almost everyone, current Brown freshman AJ Lesburt did a lot for them last year. We already talked about Colon and Brander. Two others who could emerge are Anthony Troncellito and Umari Seney. Troncellito comes over from St. Paul’s School where he averaged 15 points per game last season. Seney could possibly give this team another option as an on ball playmaker.

Can they make noise in March and win AA then make a run at the National Prep Championship?

These are ultimately the kind of settings that the Sentinels strive to play in this year. They not only want to avenge their AA title defeat, but also prove to be legitimate contenders for a prep school national title. Only time will tell whether they will make this happen or not.

Will Turkson be an offensive focal point?

George Turkson has proven to be one of New England’s best defenders. Taking a leap with his face up game could go a long way in this squad reaching their goals. With Clayton, Teng, and Bonilla already being proven scorers, any extra offense they can get out of Turkson will make BCA that much more difficult to game plan for.