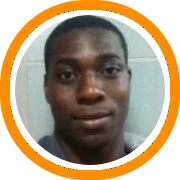 Worcester Academy has one of the proudest basketball traditions in all of New England prep school basketball and head coach Jamie Sullivan and his squad are looking to write the latest chapter in the program’s history book.

The squad will center around Kevin Marfo – both literally and figuratively – as the second year senior will serve as both the man in the middle as well as the leader of the 2015-2016 edition of the Hilltoppers.

Marfo’s first season in Worcester was one defined by injuries and yet he still managed to take his game to new heights and push his recruitment to the very highest levels during the subsequent EYBL season.

A dominant rebounder and emerging post-scorer, Marfo now has his recruitment behind him following his commitment to George Washington and is looking to lead Worcester to a run at their first championship since joining the AA ranks.

A pair of incoming post-graduates, Tanner Johnson and Nassir Barrino, could prove critical to those goals as well.

Johnson is a sharp-shooting swingman with good size on the wing and a very heady all-around floor game while Barrino is a quick and hard-nosed lead guard who comes to Worcester after graduating from Hudson Catholic in New Jersey (the same school that produced last year’s St. Andrew’s point guard J.R. Lynch and current post-graduate forward Sammy Friday) and has already asserted himself as a clear leader of this team.

The role of Marfo’s frontcourt counterpart will likely be split by two players. Jesse Wims, a local product and another incoming post-graduate, provides a three-point shooter to play the stretch-four role to best complement Marfo’s power and physicality inside the paint.

However, James Wells is bound to see significant time as well. A long and athletic 6-foot-8 forward, Wells has made significant strides since his arrival 15 months ago from Vermont and is showing more consistent flashes of putting together all of his unique tools.

Sophomore center Jared Whitt is a talented young player who is expected to make steady contributions to the line-up this season after returning from injury.

There’s a similar backcourt duo in place next to Barrino, who is as good of an on-ball defender as he is offensive playmaker. Joshua Abrahams is a post-graduate guard who possesses similarly high physical tools to Barrino and while he is most accustomed to using those tools on the offensive end, he too possesses the raw ability to be another impactful defender down the road.

Charlie Clay, like Wells, is another much-improved junior who is both a pure point guard and enthusiastic distributor while having simultaneously worked to become a more consistent catch-and-shoot threat. Incoming junior Jack Zimmerman is another guard that could see minutes in the backcourt rotation.

The team also features a pair of utility players in that they’re capable of playing multiple positions and filling various holes in the line-up. Weston Hannon-Bosh is a skilled perimeter player who does his best work spotting up behind the three-point line but has the strong body to match-up with various positions. Caden Dumas, another returning junior, is well known for being an extremely hard worker, good rebounder and master of loose balls but also features an expanded skill set of his own.

All in all, they may not be the single most talented team in Class AA, but they’ve got the pieces to compete with anyone and just as importantly they have the collective work-ethic and unselfishness to potentially become more than the sum of their individual parts, and that’s a recipe that could have them in contention to write the latest chapter in the Worcester Academy history books.