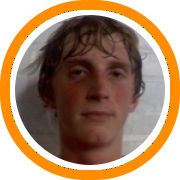 Some people might think that when you go to watch so many different teams play open gym, that they all seem the same after a while.  But in reality it is just the opposite.  You notice little quirks that make each team unique and that could ultimately make a big difference over the course of a season.

The run was so competitive that if casual fans were allowed to watch they may have questioned how the same ten players could possibly come together to form a cohesive team.  But the college coaches on hand were clearly impressed and loving every minute of the action.

The guys at Worcester Academy are getting better because they are pushing each other.  They’re getting in each other’s faces, they’re making each other uncomfortable, and they’re being forced to raise the level of their games.

That was true for virtually the entire two hour run the day we were in the gym.  In fact, the longer the game went, the higher the quality of play became, because these guys weren’t thinking about being tired…they were only thinking about getting to 11 before the other guys.

But this isn’t a team that will rely solely on out-working people.  In fact, this is Worcester Academy’s most talented team in recent years.

Austin Carroll, Ben Crenca, Sam Martin, and Tony Dolphin are all NEPSAC veterans at this point, about to enter their third season in the league.  Gabe Kindred is also back from last year’s team to form a solid nucleus of experienced players.

The trio of Crenca, Warren, and McLimons give Worcester head coach Ed Reilly plenty of talent and potential up front.  Crenca is a prototypical back to the basket center who will bang, score on the block, and rebound in high volume.  The two newcomers should be the perfect compliments given Warren’s athleticism and ability to run the floor and McLimon’s size and perimeter stroke.  And how about the potential of having all three players on the floor together, forming what could be the NEPSAC’s biggest frontline?

The Worcester backcourt is no less versatile.  While the team may lack a pure point guard, all five players are capable of handling the ball against pressure, while Carroll and Gaines are both tremendous passers with good feel for the game and will have no problem facilitating offense.  Throw in the dribble drive games of Kindred and Dockerty and the sharp-shooting of Martin and Carroll and there’s a little bit of everything on the perimeter.

Ultimately, this is not a Worcester team that is “hoping to do some damage” or “challenge some people”, this is a team that legitimately believes there is no one on their schedule they cannot beat.  And after seeing their vastly improved talent level, along with the sheer competitiveness with which they are already playing, we don’t necessarily disagree.

Editor’s Note – Austin Carroll wasn’t on hand the day we were in the gym because he was on an unofficial visit to the University of Michigan.