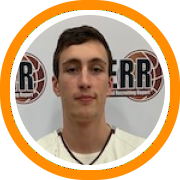 Worcester Academy had the youngest team in AA last year and with that came both growing pains and valuable lessons.

A year later and those youngsters are starting to grow up. There is a noticeable improvement in almost every returning player on the roster and so, while they are still relatively young compared to the rest of the league, this is a team that has their sights set on the post-season again.

The individual improvements made from each player are especially obvious in the class of 2019 where six players return from last year’s team.

Mitch Doherty is one of the smartest frontcourt players in New England, regardless of class. He’s very skilled, an excellent passer, and able to facilitate for his teammates from various spots on the floor. Also in the frontcourt, Michael Rabinovich has stretched his frame out to 6-foot-9 and really turned a corner in the last year.

Jordan McAllister looked more like an undersized wing a year ago but he’s leaned out his frame without sacrificing any of his power and extended his game away from the basket to become much more of a true guard. Paul Durkee remains one of the toughest and smartest players on the team, but seems to be playing with renewed poise.

Matthew Corey has emerged as a top shooter in the class and has a very good understanding of who he is as a player at such a young age. Dylan Lien is another high level shot-maker who didn’t arrive with quite as much fanfare a year ago but has more than held his own since and made a name for himself along the way.

Quest Harris and Judson Martindale may still be just sophomores, but they already have a veteran type of presence on this team. Harris is one of the clear leaders. He sets the tone with his energy and competitiveness on both ends of the floor and seems comfortable embracing that big role at an early age. Martindale is physically mature enough to hold his own against players two years his senior while also showing a combination of skill and athleticism that allows him to knock down threes and finish above the rim.

The most notable new name is that Josh Ogundele, a 6-foot-9 big man from England. Like other first year prep products who weren’t on the fall circuit, Ogundele wasn’t eligible for our recent 2019 rankings, but make no mistake about it, this guy has a very high ceiling and will soon be a fixture of New England’s junior class.

Adding some necessary experience to the roster are a pair of post-graduates, both of whom are 6-foot-6 forwards. Matt Carlin is a Jamesville-Dewitt (NY) grad with a good combination of size and skill while Aaron Jaynes is a raw athlete with a ton of physical upside.

There is a contrast between youth and experience. The vast majority of the team is still in either the 2019 or 2020 class and yet they return 8 key players from last season and so they should have more immediate chemistry and continuity than most others in the league.

The biggest theme with this team though is just their progression. Individually and collectively, they’ve all come a long way from last year and it was immediately noticeable in the first open gym you watch. That’s a tribute to head coach Jamie Sullivan and his staff but also reflective of the type of kids they’ve put together as they’re clearly willing to put in the work to take their games to new levels.

The post-season is a very realistic goal this year as they could be potentially capable of knocking anyone off on any given night. It won’t be long before they strive for higher achievements though as this young core continues to grow alongside each other.