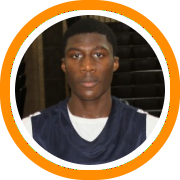 If you were to judge last year’s Winchendon team on wins and losses alone you could be fooled into thinking Matt Quinn’s first year at the helm of the program was a disappointing one.

But you would be completely wrong.

In fact, Quinn’s first year on the job had his team overachieving.  They played hard, defended with intensity, shared the ball, and were consequently able to exceed expectations throughout the season.

Quinn’s first year at Winchendon was the beginning of a new era at the Massachusetts prep school, not just because long time head coach Mike Byrnes had moved onto the division I level but also because the school’s admission policies were moving in a much different direction, making it virtually impossible for the basketball program to duplicate the talent level of years past.

While the 2010-2011 squad was undermanned and undersized by class AAA standards, the 2011-2012 edition is taking a step in the right direction, at least in terms of overall talent.

An overall lack of size will still be a concern as Tevin Falzon is the team’s biggest player at six-foot-seven and six-foot-five Nicholas Victor is the only other man on the roster above six-foot-three.  The duo will be of vital importance to Winchendon’s success this year, not just because of their size up front but because of their overall talent level.

What is similar to a year ago though is a group of players who have the toughness and competitiveness to play bigger than their listed size.  Six-foot-three Glyne Straker is the most notable example while guard Tre Tipton also falls into that category.

The team’s most talented offensive product is Akosa Maduegbunam.  Fresh off his summer commitment to Penn State, the Charlestown native looks to be playing the best basketball of his life, having developed his shooting range into a true weapon to match his explosive athleticism.

Also expected to make a big impact will be point guard Joseph Kiely.  A blur with the ball in his hands, Kiely’s specialty is creating a fast tempo, and that’s something Winchendon will likely need to do on a consistent basis to offset their lack of size.

New England natives Tom Bajda and Malcolm Smith are two other notable additions.  Not only do they fall into the mold of perimeter players with the tenacity to battle bigger guys inside, but they have the sheer talent to make an immediate impact this year as underclassmen while building a bridge to the future as members of the classes of 2013 and 2014 respectively.

Gustave Koumare and James Beard will be responsible for that bridge this season as the returning members of last year’s team while newcomers including Malcolm Thomas, Malik Brown, and Jason Lusengo will all hope to earn spots in the backcourt rotation.

Ultimately, this may not be the Winchendon of old, but Matt Quinn knew that when he took the job.  Instead, a new era in the school’s basketball history has begun and year one introduced a culture of toughness and exceeding expectations.  With more of the same expected in year two, along with a deeper talent base, Quinn’s Winchendon program appears poised to take the second step in their development.