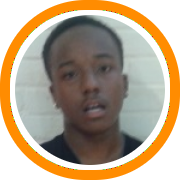 They have the 21st ranked player in the ESPN 100 and arguably the nation’s top shot-blocker in UNLV bound big man Goodluck Okonoboh.

They have a six-foot-seven sharp-shooter who is already pledged to Tom Crean and Indiana in California native Max Hoeztel.

They have the top sophomore in New England and 14th ranked prospect in the ESPN 25 in Mustapha Heron.

They have a junior swingman who played his way into his first high-major offers this summer in Curtis Cobb.

In short, there is no denying Wilbraham & Monson’s talent, but ultimately this year’s team will be judged not on the basis of their individual abilities, but on their ability to come together and thrive as a collective unit.

Their assets go beyond sheer talent to be sure.  In fact, this is a team that should be improved in a number of different areas from last season.

This year’s roster may actually have less total depth, but that could likely be a blessing in disguise as they should be more balanced and have clearly defined roles heading into the season.

Okonoboh, Pettway, and Schneider give them as good of a frontcourt trio as there is in Class AA and the potential to be very good defensively with their ability to both block shots and clean the glass.

The perimeter is improved, both in terms of their ability to space opposing defenses from the three-point line as well as with the number of dependable ball-handlers and decision makers.

Cobb and Hoeztel are both well known threats from three-point land, but Heron’s stroke looks much improved from a year ago while post-graduate Taylor Fortin provides another good shooter from the outside.

A year ago, Heron was forced to learn on the fly while playing the point guard position as a freshman.  With a year of experience under his belt, he should be equally improved in that area while Fortin’s presence will provide a second ball-handler and decision maker.  Factor in the return of experienced guards like Randolph Thurman and Earl Stephen, and Wilbraham should be very difficult to pressure this season.

This is a Wilbraham & Monson team that isn’t interested in the burden of expectations, only the process of getting better.  That’s clearly something they’ve done since last season and so don’t be surprised to see head coach Chris Sparks and his squad be a major factor in Class AA of the NEPSAC before it’s all said and done.