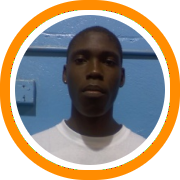 Head coach Chris Sparks is about to begin his second season at the helm of his alma mater’s program.  Last year WMA made significant strides, dramatically upgrading the level of the talent in the program and sending two players on to the division I level (Kostadin Marshavelski to Northeastern and Brent Abendroth to Bryant).

This year’s squad returns a number of contributors and another batch of talented recruits.

Milan Drecun is the most notable returner.  The six-foot-five swingman has improved at a steady rate since arriving in Wilbraham from Montenegro last fall.  Known primarily as a long distance shooter last year, Drecun has developed into a versatile scorer who can put the ball in the basket in a number of other ways.

Scott Watson has also improved by leaps and bounds as the junior has developed a rock hard physique and a solid skill set.  West Springfield native Steven Marcus, the team’s third returner, has worked himself into a college player and recently decided on attending the University of Dallas.

The newcomers provide talent at virtually every spot on the floor as depth will certainly be one of Wilbraham’s biggest strengths this year.  Notre Dame Prep transfer Naofall Folahan will take over for Marshavelski in the middle and the Marist bound big man has the physical tools to dominate the paint at the Class B level.  Pencil him in for several highlight reel plays a night as he should be a dunking and shot blocking machine.

There will be plenty of other options up front with Peter Rakocevic and Grozden Vukojevic both drawing attention from scholarship level schools.  Standing six feet and eleven inches off the ground, Rakocevic may still be a tad raw but he has all the tools to be very effective this year and blossom into a solid five-man at the college level.  Gvozden is a Boston Trinity transfer who continues to impact the game with his athleticism and ability to run the floor, but has also gotten much stronger and begun to develop his low post game.

Providing depth up front will be junior Luka Drecun who arrives at WMA from Toronto, Canada and local product Mike Condon.  K.J. Baptiste is only a freshman but will no doubt benefit tremendously from running with the big boys on a daily basis.

Eric Dortch is a post-graduate from Illinois who is capable of starring at a couple of different positions from Wilbraham this year.  Dortch is a six-foot-five forward with a strong body and good athleticism.  He scores going to the rim, shows signs of a devastating mid-range game, and is also capable of being the team’s best defensive player.  Dortch previously committed to Pennsylvania but is now generating interest from a variety of other division I schools after opening up his recruitment.

Mitch Amelio is a six-foot-four swingman who already committed to Stonehill and promises to be great in the NE-10.  The California native was the most impressive player the day we watched WMA go up and down.  While he’s a big time shooter with great range, his understanding of the game was even more impressive.  He moves without the ball, feeds the post, makes terrific decisions, and just understands how to play the game the right way.

Phil Spottswood and Andrej Pajovic are the prominent newcomers in the backcourt.  While they are both point guards by nature, their games are complimentary enough that we expect them to form a terrific 1-2 punch.  They’re both playmakers but Spottswood is a tough and scrappy player who breaks people down with a tight handle and good quickness while Pajovic has a typical European type feel to his game being super clever and crafty.

Chris Williams is a New York native who is talented enough to put up big numbers on lesser teams but could still serve as a sparkplug off the bench with his versatile tools.  Also expected to contribute off the bench are Chris Quinn who arrives from Beaver Country Day as a post-graduate and Estabian Santiago a six-foot-three small forward who comes to New England by way of Puerto Rico.

At this time last year the New England Recruiting Report predicted that Wilbraham and Monson would be one of the top teams in the newly formed Western New England Conference.  Ultimately we still believe that would have come to fruition had it not been for a variety of injuries.  But even that shouldn’t be a problem this year as Coach Sparks has assembled a roster that is as deep as it is talented with all the tools in place to have a very special season.