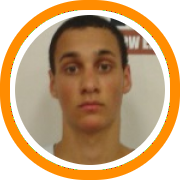 The 2013-2014 Vermont Academy team may be under new leadership this year, but don’t expect their rise in the New England ranks to stop.

After former coach Jesse Bopp left for Virginia Commonwealth University, Cody Hatt was chosen to take over the basketball program after previously serving as an assistant.

Hatt’s first team may be young and inexperienced but they’re highly talented and full of motivation.  In fact, if their open gym is any indication, they will be one of the more exciting teams to watch in New England this season with a clear emphasis on playing up-tempo basketball.

For well over 45 minutes, The Wildcats played full court four-on-four, aggressively pushing the tempo on every possession and challenging each other on both ends of the floor.  When it was all said and done, you couldn’t help but walk away impressed with both their conditioning and the intensity with which they competed.

From a personnel standpoint, this team will be led by four very talented sophomores, all starting their first seasons with the program. Of the four, Bruce Brown is the only New England product and a potential star on the defensive end of the floor. The BABC guard will be joined in the backcourt by fellow sophomore Christian Vital out of Queens.  As the point guard, Vital can score in bunches while also getting his teammates involved. Together, Brown and Vital have potential to cause problems for opposing teams on both ends of the floor and grow into one of the top backcourts in New England.

The frontcourt will feature three more newcomers along with a dangerous combination of size and length led by six-foot-ten sophomore Sedee Keita.  The Delaware native already holds four high-major offers and is just beginning to scratch the surface of his ability.  He’s versatile offensively with an inside/out game and a major shot-blocking threat on the other end.

Joining him up front is seven-foot-two junior Tyler Jackson from Illinois, who offers unmatchable size and another big body to bang down low.

The last piece of the sophomore class is the smooth shooting and athletic wing, K.J. Santos. At six-foot-seven Santos provides Vermont Academy a matchup nightmare with his ability to hit outside shots, attack the rim with ease, and play multiple positions.

Another shooter Hatt has added to the roster is Kentucky product, Tyler Harville. The five-foot-ten post-graduate guard will use his quick release and unlimited range to make himself a threat as soon as he steps over half-court.

Rounding out the roster is senior guard, Porter Veach, who will be a significant role player off the bench, along with lone returnee Miles Hearon.

When it comes to sheer talent, Vermont Academy will be as good as anyone in Class AA.  Combine that with some rapidly developing chemistry and willingness to compete for their coach, and this group could be a rising power in the NEPSAC.