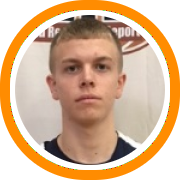 Quinn was nominated for the Naismith Memorial Hall of Fame last year and is expected to be on the ballot again this year, a fitting tribute given both the number of wins and players he has helped to send on to the next level.

Now entering his 39th year at the helm of the program, Quinn would join exclusive company in the Hall of Fame as only Morgan Wooten and Bob Hurley, arguably the two most famous high school coaches of all-time, have been enshrined since 1960.

How does his 39th team differ from some of its predecessors? Well, it’s not the most talented we’ve ever seen in Lakeville, or in AAA, but the reality is that Quinn’s success has always been based more on getting ten guys to buy into playing harder and becoming more than the sum of their individual parts and that’s exactly what we are expecting to see again this year.

There’s a decent amount of continuity on this year’s roster as Justyn Lacy, Alexandre Maticiuc, and Jared Garcia all return from last year’s team. Lacy is a quality three-point shooter with a methodical style that can be very effective. Maticiuc is an increasingly versatile southpaw forward who can play inside and out. Garcia is a potential star in the making. He’s a true junior who came to Connecticut from Texas last year, has made huge strides in the time since, and should now be ready to play a much more prominent role in his second year with the club.

Adrien Nunez, who committed to Michigan earlier this week, is obviously the most prominent newcomer. He’s another player who has made huge strides since last season as he was little more than a role player last year at Bishop Loughlin High School in New York and took his recruitment to the highest levels after a huge summer with Born Ready Elite.

The Chancellors have also assembled talent from all over the country. Adam Hess and Miles Tention are two California natives who are expected to play big roles this season. Hess is a shot-making forward while Tention is a potential big guard at 6-foot-5 with a high basketball I.Q. No one has traveled a greater distance than Taiga Kagitomi, a 6-foot-4 wing from Japan.

Everette Hammond gives them a 6-foot-3 combo-guard from Maryland while they kept going south to land Brandon Martin, the son of South Carolina head coach Frank Martin, and then down into Tennessee to score K.K. Curry, a hyper athletic forward with a high motor.

Jack Sorenson, a point guard from Minnesota, has missed the fall with an ankle injury but should provide a boost in the backcourt once he returns. DeRohn Mitchell is another skilled guard from New Jersey while Paul Aversa will add additional backcourt depth.

Jair Currie is a repeat sophomore from the Albany area who will join Garcia to build a bridge to future teams with a pair of really talented underclassmen. Currie was instrumental for the City Rocks u16 squad last year, just as Garcia was to Rens’ u16 team, and provides a blooming scorer with tools in all three ranges.

St. Thomas More is the team that no one is talking about right now. By attracting players from such a wide geographic radius, they were more under the radar this summer and a far deeper and more versatile than most realize heading into the season.

This is also a group that we still don’t know just how good they are yet as Garcia, Martin, and Sorenson have all been out with injuries this fall. Once they return, we’ll have a better sense of just how deep and dangerous this team could end up being.

This could be a historic season at St. Thomas More as Quinn should win his 1,000 game and again be in contention for the Hall of Fame.  It seems only appropriate that this year’s team resembles some of his very best in recent years with tremendous depth and a wealth of perimeter weapons. In short, they won't be the most talented team in New England, but they'll be as deep as anyone, and certainly a team that no one wants to play in March.