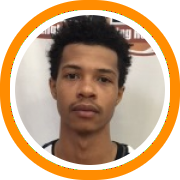 Prep school basketball isn’t without its fair share of coaching legends but no person has been synonymous with one school quite like Jere Quinn has been with St. Thomas More.

Now entering his 38th season at the helm of the program and approaching his 1,000th win, Quinn is as much the face of the school as he is the basketball program.

This year he’s taken on even more responsibility as the long-time math teacher and college counselor is now also the school’s director of development. Meanwhile his son and assistant coach, Matt Quinn, serves as the school’s assistant headmaster.

In short, it’s about a lot more than basketball when it comes to the Quinn family and St. Thomas More. It is literally about a lifetime worth of work dedicated to one special school.

While the father and son combo take on even more responsibility within their school’s community, they’ll once again be leading their basketball program into the toughest prep school league in the country.

Last year’s team finished 31-7 and advanced to the finals of both the NEPSAC and national tournaments while sending graduates on to play at places like Villanova, UConn, Boston College and St. Joseph’s among others.

This year’s team will be different. There aren’t the same big individual names to start the season and so the X isn’t as firmly on their back as it was a year ago at this time. Instead, they’ll go from the hunted to the hunter.

There isn’t necessarily a star on this year’s team, only a number of guys who are looking to come to together and surpass external expectations, something that numerous STM teams have been successful doing in the past.

The only committed player on the roster is Tyrei Randall, a slender 6-foot-4 swingman who is doing a post-grad year in Connecticut before heading to Rider next year. A multi-dimensional southpaw, he’ll be a key player for the Chancellors this year and has a chance to be an impactful player in the MAAC as well if he can use his extra season to add muscle mass to his frame.

Joining Randall on the perimeter will be a pair of post-graduates from upstate New York in Maceo Jack and Ty’Jon Gilmore. Jack is a jack-of-all-trades (no pun intended) perimeter player whose game has evolved at an incredibly high rate in recent years and could be a favorite for college coaches in the coming season. Gilmore is a proven shot-maker and scorer who will add some firepower to the line-up.

Jackson Jordan, the son of longtime NBA and former Rutgers head coach Eddie Jordan, provides a physically aggressive and smart guard while Eriv VanNote adds another ball-handler and distributor in the backcourt.

The most pleasant surprise in the gym the day we watched pick-up was Tatsui Sakai. He may not be more than 5-foot-6 but this undersized guard from Japan packs a big punch as he’s skilled, competitive and able to make an undeniable impact on both ends.

Up front, Troy Sav, a skilled 6-foot-8 forward from Turkey leads an international contingent that will make up a good deal of the frontcourt rotation. Luke Olshtorn and Hashem Abbas, originally from Canada and Palestine respectively, both return from last year’s team ready to take on increased roles and minutes. Alexandre Maticiuc, an inside-out 6-foot-5 forward from Monaco, adds to that mix as well.

The other major addition up front is E.J. Anosike, an undersized power forward who developed the reputation as a volume rebounder and efficient interior scorer this summer with The Firm, but appears ready to show off some additional face-up tools this season.

Nick Macarchuk, the son and namesake of the man who actually preceded Quinn on the STM sidelines before going on to be the head coach at places like Canisius, Fordham and Stony Brook, is a 6-foot-6 post-graduate forward from California who has the I.Q. and shot-making ability you would expect from a coach’s son.

The final piece to the puzzle up front is Jared Garcia, a 15 year old sophomore from Texas who now holds the distinction of being the youngest player in the history of the prep program. He’ll get a chance to grow up in a hurry this year though as his strong body, budding inside-out skill and physical upside warrants immediate playing time.

So what can we expect from St. Thomas More this year? Just what we’ve seen so many times in the past…a group of players that will undoubtedly grow together as the season goes on, become collectively more than the sum of their parts and reap the individual rewards with regards to their exposure and consequent recruitment in the process. In other words, just another year for St. Thomas More, Jere Quinn and family.