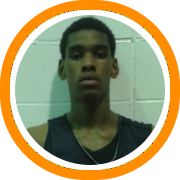 Perhaps more so than any other school in class AAA of the NEPSAC, St. Thomas More will feel the impact of MCI and Winchendon both deciding to leave the league this season.

With AAA now down to just six schools, every team in the league should see a renewed emphasis on the regular season as a race for the top two spots in the conference essentially guarantees a bye into the semifinals of the post-season tournament.

For St. Thomas More, the more immediate impact is the return of former Winchendon head coach Matt Quinn, who will be back at St. Thomas More to coach alongside his father, long time Chancellors’ head coach Jere Quinn, this season.

While Jere Quinn is one of the most respected and admired high school or prep school coaches anywhere in the country, Matt Quinn proved the apple didn’t fall far from the tree over the last two years as he led undermanned Winchendon squads to overachieve in both of his two seasons.

The Coaches Quinn also have plenty of talent to work with this year with a roster that features the type of balance and depth that have historically led to success at St. Thomas More.

Up front there is a pair of six-foot-eleven big men to hold down the center spot.  Dylan Haines is a native of upstate New York who has made a big splash since arriving in September and promises to attract even more recruitment during the course of the season.

Chris Cavalieri is one of two legacies on the team, joining swingman John McAdoo, as second generation St. Thomas More players to play for Quinn nearly 30 years after their fathers did the same.

Denzel Gregg is the only carry-over from last year’s team and the recently committed forward (Fordham), appears poised for a break-out senior season.  Already well known for his explosive athleticism, it was his emerging inside-out skill that stood out when we visited the STM gym earlier this fall.

Six-foot-seven power forward Gabe Levin and six-foot guard Amadi Udenyi both missed time due to injury this fall but are nonetheless expected to be important contributors for the team this season.  Levin will provide a physical enforcer along the frontline while Udenyi should be one of the team’s better perimeter defenders.

Chris Walters and Cane Broome are two well known local products joining the Chancellors this year.  Walters is an athletic swingman who starred for Westhill High School last year while Broome is a smooth guard who will provide an immediate scoring punch this year as well as a bridge to next year’s squad.

Speaking of scoring guards, Marquise Moore is a New York native with a prototypical NYC style dribble drive game.  He gets anywhere he wants on the floor and is capable of creating his own offense virtually on demand.

Duane Notice and Tom McDermott are two others guards expected to make their presence felt this year.  Notice is battle tested against the highest levels of competition after running with CIA Bounce on the EYBL circuit while McDermott is likely to serve as the team’s primary sniper from behind the three-point line.

When it is all said and done this year’s NEPSAC AAA season comes down to two things: putting yourself in the best position possible to make a run in the post-season tournament and peaking at just the right time.  With depth and talent among players and coaches alike, St. Thomas More should have an opportunity to do just that.