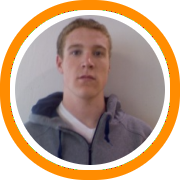 St. Mark’s has won back to back Class C championships and Nate Lubick has plans of a three-peat in his senior season.

“This is my last season with my dad and my little brother and I definitely want to make it a memorable one,” Lubick told the New England Recruiting Report last month.

Lubick brings an unmatched toughness and will to win to his team.  He was a 20 & 10 machine last year and figures to be even better this season as his fingerprints will be all over the team’s success.

While the Georgetown bound senior will no doubt be the centerpiece of this year’s team, he will have plenty of help, beginning with fellow senior and frontcourt mate Melsahn Basabe.

After playing behind Lubick and Erik Murphy last year, Basabe is looking forward to a big season.  Coming off a tremendous summer, he will have the opportunity to show the total game that had college coaches from every level drooling this July before the New York native spurned the Big East for Siena.

While Lubick and Basabe are all in for their last go round, Alex Murphy leads an incredibly talented sophomore class that hopes to keep St. Mark’s at the top of Class C for years to come.

Murphy’s first season in Southborough was spent learning the ropes and playing a role, but this year he figures to be the team’s primary playmaker and decision maker on the perimeter and the face of the program moving forward.  And no sophomore may be better prepared for that role as this young star has presence and poise beyond his years, not to mention a complete skill set and incredibly high basketball I.Q.

Newly arrived Kaleb Tarczewski has already seen his game grow by leaps and bounds since arriving, and that process will only continue as he learns from Lubick and Basabe every day.  The six-foot-ten center has incredible potential, but production is the key this year with nothing less than a championship being a success at St. Mark’s.

Georgetown transfer Jaymie Spears will inherit the point guard responsibilities and he is sure to blossom in his role having had to previously shoulder the vast majority of his team’s ball-handling and scoring responsibilities.

While Lubick, Basabe, Murphy, Tarczewski, and even Spears may be the most widely known commodities in the St. Mark’s line-up, this year’s team also has a bit of a secret weapon.  Eli Lubick came into his own this summer and appears poised to make significant contributions this year.  He is as smart and tough as his brother and also a knock down three-point shooter.  He may prove to be the final piece of this season’s puzzle as he will space the floor, make great decision, and do all the little things that every championship team needs.

Six-foot-five swingman Eric Green is the latest newly arrived sophomore who comes to Massachusetts by way of Oakland, California.  Green’s versatility may be his biggest strength at this point and he projects as yet another scholarship prospect on the roster.  Junior forward Peter Kazikas could also see minutes in the rotation for this year’s team.

There is no denying that head coach Dave Lubick and his team will have the pressure of expectation on them all year long, but that is the price you pay when you have captured back to back championships in commanding style.  With the likes of Nate Lubick, Melsahn Basabe, and Alex Murphy all on hand to lead the way the road to the class C title runs through St. Mark’s once again this year.