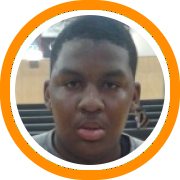 One more possession…one more stop…one more bucket… or one less second…and St. Andrew’s would have been the 2013 NEPSAC Class AA champions.

When Jalen Adams banked in a 40 footer it didn’t just give Cushing Academy a championship, it took one away from St. Andrew’s School.

When the 2013-2014 school year started and the Saints returned to campus in Barrington, they did so with just one thing on their mind.

“The focus is on getting that Class AA championship,” Bonzie Colson told the New England Recruiting Report a few weeks ago, “which has been the goal since we got back to school this fall.”

For Colson in particular, last year’s final was potentially devastating, but instead of letting it get him down, he used it as motivation to spark an absolutely sensational AAU season as he became one of the nation’s biggest stock-risers.

Colson put up huge numbers throughout the EYBL and scored a plethora of high-major offers in the process, before ultimately choosing Notre Dame over a slew of programs from the ACC, Big East, and other BCS level conferences.

With his commitment now behind him, New England’s most efficient player only has one chapter of unfinished business left in his storied career, and nothing but a championship will do.

He’s certainly not alone as the starting backcourt of Henry Bolton and Tom Hunt are also looking to cap their careers in style after suffering the disappointment of last March.  Together, they’ll form a top notch backcourt combining Bolton’s playmaking with Hunt’s ability to make deep threes.

Incoming post-graduate Jordan DeCicco provides stability in the backcourt as a true point guard while Maine native Malcolm Smith will bring a level of excitement with his athleticism and ability to make things happen on both ends of the floor.

Colson isn’t the only familiar face along the frontline.  In fact, there are several big men back from last season including senior Andre Berry and sophomore Terrell Brown.  Berry will continue to be a difficult post match-up for most teams because of his size and physicality, while Brown has emerged at a rapid rate in the last eight months.

Sharp-shooting junior Chancellor Ellis is back on the wing, where he’ll be able to make big contributions on the offensive end.  John Geary provides another sniper to stretch the floor while Edson Dascy is an ideal compliment with his ability to defend and slash.

Repeat sophomore Nate Duda should have a bright future wearing red and white, while this season he looks capable of contributing at a couple of different positions.

Put it all together and head coach Michael Hart’s 20th season at the helm of St. Andrew’s could be a special one.  The Saints have a true star in Colson, a talented and veteran laden backcourt, a ton of shooters to space the floor, plenty of size on the frontline, and depth at all five positions on the floor.

In other words, it’s championship or bust this season in Barrington.