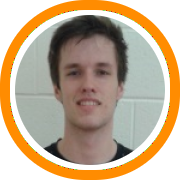 As head coach Kelvin Jefferson prepares for his latest season at South Kent, some of this year’s team most intriguing storylines take place in the backcourt where a trio of point guards lead the way.

Jordan Strawberry, Schadrac Casimir, and Tremont Waters all join the Cardinals from unique circumstances, but with one underlining theme – to prove themselves against the type of competition that is only available in the nation’s top post-graduate league.

Strawberry comes to South Kent by way of Mater Dei High School in California, where he’s been a well known prospect for several years, not just because he’s run the show for a top national program, but also because of the extra attention that goes along with being the son of former Mets All-Star Darryl Strawberry, the younger brother of former Maryland guard D.J. Strawberry, and the nephew of former Arizona guard Miles Simon.

While Strawberry has traditionally been a distributor first and foremost, Casimir elevated himself to the top of the CIAC last year with his ability to score the ball in bunches.  He opened the season with a 50 point performance over Greenwich and went on to lead Trinity Catholic all the way to the state finals.  It was more of the same this summer, as Casimir led his USAD team to a variety of strong finishes, scoring the ball at every stop and doing everything in his power to eliminate the stigma that goes along with being an undersized point guard.

Waters is another undersized point guard, and only a freshman at that.  Conventional wisdom says someone who lacks that type of size and experience shouldn’t be ready to contribute right away in Class AAA, but thus far Waters looks bound to blow that assumption away.  He has poise and presence far behind his years, and a long history of thriving against older levels of competition.

Together, this trio won’t be competing for the same spot as much as they will be sharing minutes and responsibilities in the backcourt.  Add another quality point guard, Arell Hennings, to the equation and you have a plethora of ball-handlers and decision makers who should make South Kent extremely difficult to pressure this season.

If the backcourt can be characterized by a similar challenge, the frontcourt has a distinct international flavor.  Serbian native Dusan Perovic returns for his second season at South Kent and should be able to provide a consistent inside-out presence who is both capable of scoring in the post as well as stepping out to the three-point line.

Australian native Jules de Courtenay and Swedish native Albert Christensson are two international products in their first year stateside, both of which will be expected to contribute right away.  Courtenay is a highly skilled face-up big man while Christensson is a gifted athlete with plenty of potential to discover this season.

Hiroto Yamai is the latest in a long line of South Kent products to come from Japan, and the six-foot-four swingman could be the most talented one yet.

When it comes to sheer talent, six-foot-six post-grad Romello Walker may have as much as anyone on the team.  The Florida native made his presence felt in the northeast this summer, participating in a pair of Hoop Group Elite Camps and then playing in one tournament with Boston Elite.  An athletic and potentially versatile player, Walker may find his individual productivity tied to the team’s collective success.

Christian Foxen is a six-foot-eight post-graduate from nearby Rocky Hill, Connecticut who is looking to make a name for himself on a bigger stage than he’s previously seen while six-foot-six forward Ryan Sweeney provides a perimeter shot-maker who has already played at a high level of competition while running with The City on the AAU circuit.

In total, this year’s South Kent team is a group that lacks some of the big names we’ve seen in the past, but compensates with a trio of talented point guards and a deep collection of versatile parts, all of whom are heading into the season looking to prove a point.