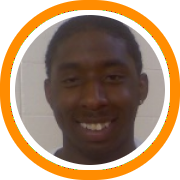 New South Kent head coach Kelvin Jefferson can’t wait until practice begins.  With so much talent on his roster he is anxious to mold it into what could potentially be on the class A’s most dangerous teams.

But he’s also showing great patience.  September has primarily been about open gyms at South Kent, and Jefferson has fought the urge to really coach his guys up so early in the year.

“It’s a long season,” said Jefferson, “and I want to make sure these guys are really tuned into to me at the right times.”

And make no mistake about it, if Jefferson can get his guys clicking at the right time this season there is no reason why they couldn’t be the last team standing come the first week of March.

“I know they’re a lot of good players in the league,” he said, “but I’m hoping that we may be a little deeper than other people and able to run guys in and out in waves and wear people down.”

If last week’s open run was any indication, all the pieces are in place to do just that.

With New York natives Omari Lawrence (committed to St. John’s) and Kevin Parrom (committed to Xavier) on board, most people assume that South Kent’s strength will lie on the wing.  And while Lawrence and Parrom should both be hugely important to the team’s chances this year, what sets South Kent apart may be their interior depth.

The Cardinals have 7 players on their roster who are 6’6” and above including 5 legitimate interior players who are all potential mid-major or higher level products in Jackie Carmichael, Majok Majok, Ryan Brooks, Rashad Wright, and Aru Kok.

Carmichael is a Kansas native who has played brilliantly in flashes since arriving in Connecticut.  He is a big and powerful athlete who plays above the rim on both ends of the floor and has a chance to play at the highest levels with schools like Minnesota and Missouri showing interest.

Majok is the only two year product of the group but he also has all the trimmings of a high major prospect.  6’9” forward Ryan Brooks is another impressive athlete with good versatility who is already committed to the University of Rhode Island.

Wright and Kok are two big men that have seen their recruiting status’ shoot up in the last month.  Wright, a Springfield Massachusetts native, is drawing a plethora of interest from mid-major level skills with his shot blocking ability and emerging offensive game.  Kok is an Australian native who was close to committing to UNC-Ashville last year, but now appears to be destined for higher levels.

South Kent is no less deep on the wing then they are in the post.  Lawrence and Parrom provide a terrific 1-2 punch, but sharp-shooter Mike Burwell will fill an important role as the team’s sniper.  6’4” junior shooting guard Sam Hattin is another player who can come off the bench and make shots while 6’0” senior Dominique Farmer is a phenomenal athlete and terrific defender.

The point will be handled by Lisandro Ruiz Moreno, who is already committed to the University of Miami.  The Argentian native has a seemingly endless amount of energy and is a virtual one man fast-break pushing the ball from one end of the floor to the other.  Nari Namizato is a 5’11” native of Japan who comes off the bench with a similar high motor-push the ball hard at the defense type style.  Scoring guard Anthony Cousins can play at multiple tempos while giving his team a bit more firepower behind the three-point line.  Nick Gerrity, a 6’4” combo-guard with great size and strength, and shot maker Greg Long could also contend for spots in the rotation.

When November rolls around and South Kent takes the floor for the first time with Kelvin Jefferson as their coach, the long time division I assistant will certainly have plenty of options when he looks down his bench.  In fact, his biggest problem is likely to be only being able to play five games at a time…but that’s not such a bad problem to have.