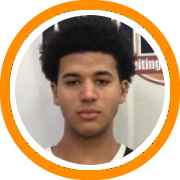 The 2016-2017 season marks the beginning of a new era at the South Kent School as Kelvin Jefferson has returned to the college coaching ranks at Old Dominion University and Bill Barton has taken the reigns of the program.

Barton arrives at South Kent after spending the last nine years coaching in the college ranks, most recently as an ACC assistant at the University of Pittsburgh. Prior to that he was the head coach at Notre Dame Prep where he developed the Crusaders into perhaps the most dominant post-graduate team in the country.

Barton's final year in the prep ranks came in 2007 when he led Notre Dame Prep to the first ever National Prep Championship in Washington D.C. His teams had an overall record of 255-66 during his years in Fitchburg while developing a reputation for annually playing one of the most competitive schedules in the country.

If history is any indication his South Kent teams will continue to take on all challengers, play hard on both ends of the floor and become contenders at both the NEPSAC and national levels sooner rather than later.

Barton's first challenge upon returning to the prep ranks was to rebuild his roster since Nick Washington, a 6-foot-8 forward with a skill set to the arc, was the only player returning from last year's roster.

He quickly assembled a group that was deep, talented and full of speed and quickness, not to mention collectively strong in the classroom.

Trevor Moore, a 6-foot-4 shot-maker on the wing from Houston, is the only player on the roster who is currently committed as he'll bring his three-point shooting to Mick Cronin and Cincinnati next year.

Alex Vilarino, another Texas native, is an attacking lead guard who appears likely to be among the Cardinals' top threats this season while San Antonio Brinson, an athletic 6-foot-7 forward from Georgia, could quickly assert himself as one of New England's most explosive highlight reel finishers.

Ramiir Dixon-Conover, a powerful and versatile 6-foot-3 guard from New Jersey, has already seen his recruitment climb to new levels since arriving at South Kent while fellow post-graduate guard Kevin Smith, a local Connecticut native who attended Putnam Science Academy last year, has easily been the most pleasant surprise of the fall and will very likely find himself in the rotation as a result.

Devin Smith is another local product in the backcourt while Myles Williams is a true senior from Maryland who could provide an additional boost on the perimeter as well with his speed and competitiveness. Brad Bliss, a strong and multi-skilled 6-foot-5 forward, joins Williams as being top academic prospects.

Perhaps the most exciting part about South Kent's roster though is the bridge to the future with a handful of division I prospects in the class of 2018, all of whom will have an opportunity to play an important part right off the bat this season.

Anthony Nelson, a New York native who most recently played his high school basketball in Kentucky, is perhaps the most naturally talented of the bunch. The 6-foot-4 southpaw's combination of size and skill has already intrigued high-major coaches this fall.

Two more New York natives, Malachi de Souza and Christian Hinckson, were already well known to college coaches in the northeast. De Souza held multiple MAAC offers in the class of 2017 before opting to reclassifying to 2018 this summer while Hinckson has been ascending for the last several months.

Finally, Worcester Academy transfer Jared Whitt not only provides the team with their only true big man but has been making rapid strides since his arrival last month.

All in all, this is a team that will be capable of competing with anyone on a nightly basis. That theme - competing - was obvious from the first moment of open gym this fall and will certainly continue to become a characteristic of this club moving forward, just as it has for every team led by Bill Barton.