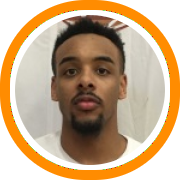 As Ryan Hurd prepares for his 10th season at the helm of the Notre Dame Prep program, he once again has assembled a roster capable of competing against the best of the prep world in New England and beyond.

Hurd’s teams have been at their best over the years when they were quick, aggressive and able to come at you in waves and the 2016-2017 version of the Crusaders fits that description to a tee.

There are three players who have already committed to scholarship level schools, beginning with Wake Forest pledge Melo Eggleston. A high level athlete who plays above the rim with ease, this D.C. native also has some evolving perimeter tools. He projects as a combo-forward or mobile four-man in the ACC, but may very well find himself the biggest man on the floor at times this season for NDP.

The other post option is Breyon Jackson, a 6-foot-8 southpaw from the Cincinnati area whose strong body and rugged mentality are reminiscent of Jarrell Brantley, who was named CAA Rookie of the Year last year at the College of Charleston after a post-graduate year at Notre Dame.

Speaking of Charleston, their latest NDP commitment is Zep Jasper, a talented playmaking lead guard who is expected to make big contributions this season in Fitchburg and should be capable of having an all-rookie type freshman season in the CAA a year from now himself.

Jasper is just one of several highly talented guards who opposing teams are going to have to fret about on a nightly basis this year. Jay McMiller is a 6-foot-3 guard from Mississippi who can attack the rim in the open floor while also providing a top-notch threat from behind the arc. Devante Jones is a physical guard and relentless attacker who plays downhill with the ball at every opportunity. Niekie Thomas is a 6-foot-3 wing from Missouri who provides a similarly aggressive driver no the wing. Any of those guys is capable of scoring the ball in bunches and when they’re on the floor together they’ll be a potentially devastating perimeter core.

Baron Goodridge and Jamel Horton provide two New York City natives who should both play important minutes this season. Goodridge, a veteran of the New Heights AAU program, is already committed to Concordia where he’ll be nothing short of a steal if he gets his conditioning right. Horton, who ran with the Juice All-Stars this summer, could very well end up being the best defensive guard on this year’s Notre Dame Prep roster.

Daniel Kiely, a summer standout for Team Melo, brings an old school feel for the game and ultra-clever player to the point guard position. Sedale Hanson-Young, who last played for England’s junior national team this summer, provides a true floor general and point guard who can run the show and make open shots.

The perimeter depth doesn’t stop there though. Wesley Nelson is another New York native who has attracted scholarship level interest this fall as too has Lloyd Daniels from New Jersey, a versatile wing with a super high basketball I.Q. and solid shooting stroke from behind the three-point line.

Vince Rose Jr. provides a versatile athlete and T.J. Darton a long-range shot-maker to round out the rotation.

Of course, Notre Dame Prep is a program with national ambitions on an annual basis and so the talent level is necessary when they are out to compete with the very best prep programs. That process gets underway in just a few weeks when they’ll take on Fork Union Military Academy and Bridgton Academy at the 2016 National Prep Showcase.