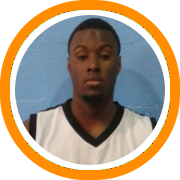 This year’s Notre Dame Prep team might not have the same star power as in some years past, but head coach Ryan Hurd has perhaps his deepest team since taking over in Fitchburg.

It begins in the backcourt where Hurd has not one, but two different point guards who have generated high-major recruitment over the years in Springfield native Jaylen Brantley and Jarvis Garrett, a hard-nosed playmaking guard who comes to Notre Dame Prep by way of West Wllias, Wisconsin.

AJen English, the younger brother of former St. Thomas More swingman A.J. English, is yet another playmaking guard who is capable of running the point.  He’s more likely to see time off the ball with this squad where he can knock down shots from the perimeter along with K.J. Pritchard, a pure sniper from Kansas.  The rest of the backcourt minutes are up for grabs with guys like Jordan Washington, Austin Lebo, Curtis Mack, Jermaine Chisholm, Ulrich Kontchon, and Alex Apko all battling to crack the rotation.

Up front, Matt Atewe isn’t going to provide the same sheer dominance of a Khem Birch or Steven Adams, but the Canadian native does possess a tremendous combination of size and power that has escalated his recruitment to the highest levels.  Don’t be too surprised if Travis Charles, an undersized post from New York, ends up pushing the incumbent starting center for minutes as Charles has plenty of power of his own along with an efficient floor game inside of fifteen feet.

While the team lacks an overwhelming amount of true post players, what they do have is a slew of long and versatile swingmen, all of whom can play multiple positions and will give Hurd a ton of flexibility when putting together his line-ups.

Jamel Artis may be the team’s most talented offensive player.  He appears to be in better shape than he was a year ago and might see minutes anywhere from the power forward to shooting guard spots this year because of his ability to handle the ball, facilitate offense, and score from all three ranges.  Donnele Munda will continue to specialize in knocking down deep jumpers from behind the arc.

Roger Moute a Bidias, the younger brother of NBA player Luc Mbah Moute, headlines the forwards of the long and athletic variety.  Moute a Bidias is expected to be one of the team’s best offensive rebounders and also projects capable of defending almost any possession on the floor.  Haboubacar Mutombo, Jaquel Taft, and sophomore forward Tyree Robinson are similar high level athletes and versatile defenders.

The final piece to the puzzle is Jarrel Marshall, an equally athletic and long forward, but one who differentiates himself by standing out more with his offensive tools than his defensive production.

Such talented and versatile weapons creates an incredible number of line-up combinations for Hurd to tinker with.

He could go for small ball with a line-up of Garrett, Brantley, Pritchard, Artis, and Moute a Bidias.

He could go big with Garrett or Brantley leading Munda, Artis, Moute a Bidias, and Atewe or he could go even bigger by giving Artis the ball, moving Munda to the two, Moute a Bidias to the three and putting Atewe and Charles on the floor together.

A line-up of Brantley, Pritchard, Munda, Washington, and Artis isn’t a stretch by any means and would put five high percentage three-point shooters on the floor at one time.

Conversely, a group of Garrett, Taft, Mutombo, Moute a Bidias, and Robinson might be one of the best defensive units around.

Obviously there is no shortage of possibilities for Hurd this season as he’ll look to mix and match his pieces until he’s able to come up with just the right combinations to allow Notre Dame to best utilize their talent, depth, and versatility.