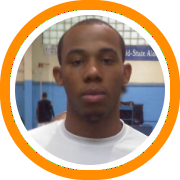 Most coaches would be very happy with a 3-1 start to the season, especially when one of those three wins was over the defending NEPSAC champions, but most coaches aren’t Ryan Hurd or at the helm of a program with the tradition of Notre Dame Prep.

So while Hurd makes no secret of disappointment that this is the first year in which one of his teams have started a season with anything less than a seven game winning streak, he still believes this could be a very successful year for his program.

A big reason for that projected success, both literally and figuratively, is the anticipated arrival of Steven Adams, the New Zealand native who is widely recognized as one of the top young prospects in the world.  Adams is set to arrive in time for the second semester, when he’ll be joined by another of his six-foot-nine countrymen, to provide Notre Dame with a huge spark.

Until then, the challenge is to keep teams at bay with a line-up that provides explosive offense, but limited size up front.  A three guard rotation featuring Myles Davis, Sam Cassell Jr., and Adonis Filer is at the forefront of the Notre Dame attack.

Davis is a sharp-shooting scorer who will also be asked to slide over and handle a good deal of the ball-handling responsibilities this year.  The Xavier bound guard was joined by Adonis Filer, who is committed to Clemson, in signing his National Letter of Intent on Wednesday.  Meanwhile, Cassell owns offers from Maryland and Texas Tech along with additional interest from Washington.

Notre Dame is also expecting a boost from the arrival of Nehemias Morillo, a six-foot-five swingman who spent last season at St. Benedicts in New Jersey, and has recruitment from the likes of Iowa State and Mississippi.

Morillo and Shaquille Jones, another six-foot-five swingman, will both have to spend some time along the frontline during the first semester, giving Notre Dame a five guard line-up that no one will be able to easily match up with.

Off the bench there are a host of other guards capable of impacting the game.  Two of those come from local New England roots as Jamie Holder and Roger Paul are both expected to play a role this year.  Another guard expected to make a big contribution is Mandell Thomas, a strong and athletic scoring guard from Rochester, who has played to rave reviews to open the season.

Defensive specialist Aaron Clark and point guard Lawrence Johnson will also battle for minutes in the rotation while six-foot-three forward Chase Cullen is a tough and hard-nosed jack of all trades who should see significant minutes off the bench in the frontcourt.

So while Notre Dame awaits the arrival of what could very well end up to be the best big man in the country, they will attempt to make it to the semester break without one true big man on their roster.  Make no mistake about it though, their guards can flat out go, and when you combine Steven Adams to that mix, the recipe could be good enough for a strong post-season run come March.