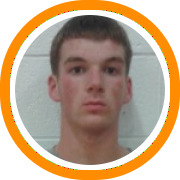 The New Hampton School might be the best shooting team in Class AAA of the NEPSAC this year.

They also may have as many, if not more, division I caliber upperclassmen than any other program.

Yet, no one seems to be talking about the Huskies this fall.

Don’t expect it to stay like that for long.

New Hampton may not have as many big names or high profiles, but in some ways that might make head coach Pete Hutchins’ job easier, because what New Hampton does have is skill, intelligence, depth and tremendous versatility on their roster.

There’s legit size up front with the return of 6-foot-11 Jimbo Lull and the addition of 6-foot-10 junior Walker Miller. Lull has nearly unmatched size inside the paint and has made consistent strides since his arrival last fall while Miller has a rapidly emerging inside-out tool set of his own.

There’s two of the most potent skilled or “stretch” forwards in the league with Colgate bound post-graduate Will Rayman, along with David Dileo, a fellow 6-foot-8 sharp-shooter from Iowa. Both players are similar in that they’re not only major threats from behind the arc but equally intelligent in terms of their understanding of the game.

There’s a nice compliment of athleticism on the wing with two highly talented juniors in Kimani Lawrence and Anthony Gaines. Lawrence is one of New England’s best true local products in the 2017 class while Gaines isn’t just a high level athlete but also a lockdown defender and underrated passer.

There’s toughness in the backcourt with UNC-G commit Malik Massey, who is built like a brick wall and as hard-nosed a competitor and defender as you’ll find with a wealth of intangibles at his disposal. Meanwhile Chris Stocks provides a great compliment at the offensive end because he's another highly skilled and cerebral shot-maker.

There’s also a pair of talented playmakers with the return of Donovan Love and the arrival of junior point guard Kristers Zoriks. Love’s quickness and ability to get into the lane are well known at this point in his career while Zoriks is a big point guard and yet another 2017 product with a high ceiling.

The depth doesn’t stop there either as the likes of Willie Swindels, Quincy Aubertine and Taylor Bennett are all capable of creaking the rotation and making positive contributions.

In other words, New Hampton has no less than two division I prospects at every position on the floor and that is going to afford Hutchins unparalleled flexibility when it comes to constructing his line-ups.

He could put five three-point shooters on the floor at any one time with the likes of Miller, Rayman, Dileo, Stocks and Zoriks. He could go big with Lull, Walker, Dileo, Gaines and Zoriks or he could play for pace with Rayman, Lawrence, Gaines, Massey and Love. The scenarios go on and on but the reality is that of all the teams in the league, New Hampton will be the most able to adjust to whatever their opponent throws at them and potentially win games in all kinds of different ways.

The other reality of this roster is that no one needs to score 20 for them to win. In fact, there isn’t any one player who needs to be in double figures, because there’s a plethora of different players who could be.

It’s the type of blueprint we don’t usually see in prep school basketball, but one that should breed balance, unselfishness and versatility…and ultimately that’s a recipe that could prove to be very successful.