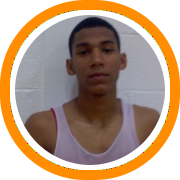 Youth will be served at New Hampton this year as the Huskies welcome an incredibly talented, but equally young, squad.

Local New England products Noah Vonleh, Jared Terrell, Mike Auger, and Jeremy Miller will all make their NEPSAC debuts this season.  While the foursome is as talented of a young core as you could assemble within our regions borders, it would be naïve to expect the group to go without any growing pains as they get adjusted to competition that will be three years their elder in the toughest prep school league in the country.

Consequently, veteran leadership will be crucial for the Huskies this season, and that challenge will fall on the shoulders of returning seniors Zach Auguste and Olivier Hanlan.

Fresh off his commitment to Notre Dame, Auguste’s game has improved by leaps and bounds in the last twelve months.  He’s stronger and more assertive on both ends of the floor and a more consistent mismatch threat in the half-court, both in terms of his three-point range as well as with his low post scoring presence.

But the man who owns the keys to New Hampton’s car this year will be Hanlan.  Arguably the purest point guard in all of New England, the Canadian native has returned with improvements of his own and seems to be embracing the leadership role that is set upon him this year.

Further continuity will be provided by the return of three more 2012 products from last year’s roster in six-foot-three forward James Dunivan and six-foot-one guards Aaron Hendricks and Seth Liebert.  Dunivan will provide a powerful physical presence and versatility along the frontline while Hendricks and Liebert are both skilled guards who know how to play and can make shots from three-point territory.

The most prominent newcomer will be six-foot-eight big man Barrington Alston who comes to New Hampton by way of Wilmington, Delaware.  Strong and athletic, Alston is already committed to Towson, but before he returns south to star for head coach Pat Skerry, he’ll be counted on to have a big year for the Huskies, teaming with Auguste to solidify the frontline.

Three other incoming post-graduates balance out the line-up nicely.  Lew Evans is a skilled six-foot-eight forward who will compliment the length of athleticism of New Hampton’s frontline while Tim Mohr is a six-foot-four sniper from the backcourt who is capable of making shots in bunches.  Evan Manning is a six-foot point guard from Kansas and the ideal compliment to Hanlan as another heady guard with a well rounded and crafty game.

The 2010-2011 New Hampton squad turned in the team’s best performance in recent years, advancing to the finals of the NEPSAC tournament and being selected for the National Prep Championship field.  If head coach Pete Hutchins is hoping to duplicate those efforts this year he’ll need his young players to grow up quickly, his veterans to except leadership roles, and his point guard to distinguish himself as the top floor general in New England.  Ambitious tasks to be sure, but certainly not impossible for a young, but highly talented, Husky team.