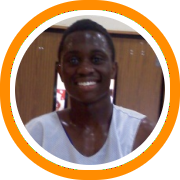 After four consecutive trips to the Class B title game, Marianapolis prep begins a new season in a new conference with a new coach.

The 2009-2010 season turned out to be the last for former head coach Dave Vitale, who steps away as the most successful coach in the school’s history having led them to the 2006 Class D title before their string of trips to the class B finals.

But for as much as things will change in 2010-2011 they will stay the same.  There will still be a Vitale running the show from the sideline, but it will come in Dave’s son Andrew, who has been his father’s right hand man for the past five years.  And while the competition in class AA will be an upgrade, Marianapolis isn’t likely to notice as they have always played the most competitive schedules possible.

As for the team’s talent, they have two players who are already committed to division I schools to lead the way, two other returning starters, and more depth at their disposal off the bench.

Ousmane Drame and Zach Chionuma will be the primary one-two punch that the team will be built around.  Both are coming off breakout summers that led to recruitment from a variety of local division I programs.  But with Chionuma popping for Boston University late in the summer and Drame picking Quinnipiac earlier this fall, both players should be focused on the task at hand.

Chionuma will be the team’s primary playmaker from the perimeter.  A scorer who puts points on the board in high volume and can put the ball in the basket in a number of ways, the future Terrier shoots it with range, can get to the rim, and has a phenomenal mid-range game.

Drame will be the key to things up front as the long southpaw has a super soft touch and rapidly emerging skill set.  Defenders will have to pick their poison as he has proven himself to be a dependable scorer at both the low and high posts as well as someone who can make you pay for the double team with his passing ability.

Juniors Kristian Medina and Mike Neal are returning starters who will also be of vital importance.  Medina, a product of the Puerto Rican national team, is another aggressive scorer on the perimeter who landed his first division I scholarship offer this fall while Neal is a long, athletic, and rugged interior player who should be the perfect compliment next to Drame along the frontline.

But the real key to this year’s Marianapolis team will be the depth of the program as the younger Vitale will have nine future college players at his disposal.

Three more guards will join the rotation in the backcourt with the third starter still to be decided.  Local post-graduate products Eddie Capstick, from Worcester, and Nick Sienkiewicz, from Rhode Island, will provide veteran experience.  Capstick is a six-foot-four swingman who defends, shoots a pretty good ball, and brings great toughness.  Sienkiewicz knows how to score the ball and has his family’s trademark jump shot from long range.  Also joining the mix in the backcourt is Terrance Manning, a junior point guard who knows how to run a team and find his teammates.

Up front, depth will be provided by six-foot-five post-grad Sergio Spassof and repeat freshman Bobby Ahearn, a physical interior presence with a good low post game who should prove to be a bridge to the future for this squad.

“We’re going to be pretty big and we’ll be deep,” said first year head coach Andrew Vitale.  “We’re going to look to do a lot of the things that we’ve done in the past but also throw in some new stuff that our depth should allow us to do.”