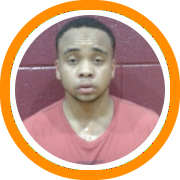 The New England prep school basketball landscape is always evolving.  Even recently, historically proud programs like MCI and Winchendon School have de-emphasized basketball while other schools like Wilbraham & Monson and Vermont Academy are showing the commitment necessary to build winning programs.

In Granby, Massachusetts there could be another prep program with the potential to grow into a staple of New England basketball.

The MacDuffie School made great strides last season under first year head coach Jerry McCullough, advancing all the way to the finals of the Class D tournament.

This season, they’ve set the bar even higher and made the move to compete with some of New England’s best, in class AA.

The foundation of this year’s team will be a pair of post-graduates, both of whom have earned a wide-range of division I interest.

Phabian Glasco is a six-foot-six forward who came to Massachusetts by way of Oklahoma, where he previously starred at Booker T. Washington High School.  Glasco missed the vast majority of his senior season with an arm injury, but promises to be one of MacDuffie’s top offensive threats this year.

Josh Wilchombe is a six-foot-seven big man who flew under the radar for most of his career at Sewanakha High School in New York, before college coaches started running there late last year to investigate the athletic southpaw.  This summer, he ran with the New York Panthers and attracted even more recruiting interest.

While Wilchombe and Glasco will anchor the team on the interior, the point will be handled by Rhode Island native Josh Jones.  The six-foot-one junior is now in his second season at MacDuffie since transferring from Hope High School, and figures to be an important part of this team’s success.

Together, the trio of Wilchombe, Glasco and Jones will be the leaders for head coach Jerry McCullough this season, but a quality supporting cast is also in place.

Having moved up from NEPSAC’s lowest division to their second highest in just one season, it remains to be seen if duplicating last year’s run to the finals is a realistic expectation for this year’s squad.  But with a talented core, dedicated coach, and apparent commitment to the basketball program, this could be a MacDuffie program that is here to stay.