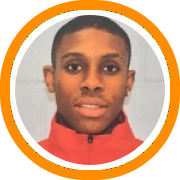 Lee Academy is both New England’s northern most prep school powerhouse as well as the unofficial international team of the region as they’re annually comprised of young and talented players from all across the world.

This year is no different as the Pandas collectively speak more than six languages and have at least as many scholarship level candidates.

The first is already off the board following Shaquille Walters’ commitment to Santa Clara on Thursday. The 6-foot-5 guard from England is probably the most naturally talented player on Lee’s roster this year, and an undeniable steal for Santa Clara, but there are still plenty of pieces around him, specifically on the frontline.

Max Minchenkov is a 6-foot-10 big man from Russia who provides a true center who is just scratching the surface of his potential.

His running mate in the frontcourt will be Mika Antoms, a Latvian native who made his American debut at Archbishop Carroll outside of Philadelphia last year and brings a rugged wide-body inside the lane capable of creating contact and providing an interior scorer and rebounder.

Arnolds Krauklis, another Latvian native, is a power player on the wing and high level athlete who has been perhaps Lee’s most pleasant surprise this fall.

Sasa Vuksanovic, a skilled 6-foot-9 floor spacer from Serbia, and Gabriel Salibi, a versatile and multi-positional forward/swingman from Lebanon, will both play significant minutes and could contend for spots in the starting line-up as well.

The biggest question mark in the line-up is the point guard position. Kristaps Felkners is perhaps the best pure floor general on the roster. A third Latvian, who backed up New Hampton’s Kristers Zoriks on his country’s junior national team this summer, he has good size for his position at 6-foot-3 and a heady feel for the game.

Lewis Wang, who returns to Lee for his second season after coming from Taiwan, provides more of a dribble drive style playmaker who can get into the teeth of the defense and make plays.

If head coach Igor Vrzina opts to play without a prototypical point guard, expect Aleksandar Pantelic and Gintaras Bartaskas to both be in contention for the final starting spot. Both 6-foot-5 players may project more as wings at the next level, but will be capable of sharing the ball with Walters on most nights on the prep circuit. Pantelic is especially fluid with the ball and has the basketball I.Q. to match. Bartaskas is more of a natural scorer and someone who can put the ball in the basket in a number of ways.

What is unique about this year’s Lee Academy team is the amount of young talent who will return to help build a bridge to future teams. Mykolas Ravionovas is a 6-foot-7 southpaw forward who projects as a stretch four-man or maybe even a big wing. Arseniy Semenov, a 6-foot-7 sophomore, is a more prototypical post player, but one who is uniquely effective with his back to the basket at such a young age.

The man who puts it all together, both assembling the team and then coaching them up during the season, is Vrzina. A Serbian native himself and former D1 college coach at Illinois State, Vrzina has developed a reputation for running his program the right way, continuing to develop his team and individual talent throughout the course of the season and holding his players to a high standard. None of that is expected to be any different this year and with talent and depth alike at his disposal, Lee Academy is going to be a team that no one looks forward to seeing, especially as the year goes on.