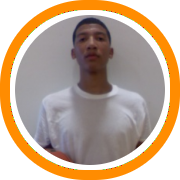 While some prep school teams are still preparing for their season openers, the Lee Academy team is already 15 games into theirs, having opened on September 27th.  Because New England’s northern most prep school has no conference affiliation, they’re not regulated by the same guidelines, and so can play games as early or as late in the season as they so desire.

Thus far Lee’s schedule has consisted primarily of all-star or international teams, but with most other prep schools getting underway, Lee is about to enter the brunt of their season.

Heading into the year it looked as if Lee’s frontcourt would prove to be their biggest asset, but when six-nine center Kristopher Sherard went down with a knee injury last week, head coach Jim Graffam lost one of his best weapons.

Even without Sherard, Lee still has plenty of firepower up front.  UMass bound forward Maxie Esho returns for his second year and has all the talent, not to mention incredible athleticism, to blossom into a big time contributor if he can put together all of the pieces.

Ricmonds Vilde could prove to be the team’s most consistent player on the interior this year.  With a strong frame and soft shooting touch, Vilde can score by facing up on the block or stretch the defense out to the three-point line.

Perhaps no one has as much long term potential as junior center Keith Coleman.  While he’s still very raw, he possesses all the tools to eventually develop into a big time player with an incredible mix of power and athleticism.

Mike Suffield is a six-foot-ten center who brings great energy off the bench along with the ability to face the basket and shoot the ball.  T.J. Cullen is an undersized, but gritty, four-man who does all the dirty work and Chris Phanord a long and athletic forward.

On the wing, Coach Graffam will have two primary options in six-foot-six New York native Vaughn Allen and six-foot-five Illinois native DeAngelo Speech.  Speech wasn’t in action when we watched Lee last week, but Allen is a player with obvious physical gifts who we expect to continue to improve as the season goes on.

Graffam has a plethora of options in the backcourt, with no less than eight guards on the roster.

David Hanson returns from last season and has improved a great deal in the last year.  He’s gotten stronger, become a more consistent shooter from the perimeter, and more than capable of creating his own offense off the dribble.

Lenzie Harrison headlines three Connecticut residents on the roster as the former Danbury star has recently found himself in the starting line-up thanks to his ability to push the ball up the floor and defend the ball for 94 feet.  Luis Medina and Andre Henry are the other Nutmeg State products hoping to earn valuable minutes.

Malik Dean is emerging as another player of importance in the backcourt.  The Jamaica, New York native is elusive with his dribble, gets himself into gaps in the defense, and finds ways to finish at the rim or dish to open teammates.  Charles Brown, William McFee, Malcolm Turner, and Isaac Wodajo will also be challenging for playing time.

With 18 college prospects on their team, the long drive north to Lee, Maine is one that should be well worth it for a number of college coaches this year.  Along the way we look for this team to prove to be a formidable opponent to many of Class A’s top teams.