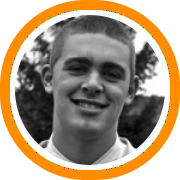 Cushing Academy is the defending champion, St. Andrew’s is looking to get over the hump after advancing to last year’s final, and yet KUA has as good a chance of winning this year’s NEPSAC AA crown as anyone in New England.
If you were going to come up with a theme for the 2013-2014 version of the Wildcats it could very accurately be described as, “improvement from within.”

The fact of the matter is that while head coach Mike Olson will have to compensate for the losses like point guard Devon Thomas and forward Devin Gilligan, several returning players appear poised to take on increased roles.

The development of six-foot-three sharp-shooter Malcolm Brent was well documented this summer as he performed well with Metro Boston, earning scholarship offers in the process, and ultimately committing to UMBC.

Crew Ainge’s recent improvement has been equally well documented by local media as he continued to make his presence felt with one of the highest motors in New England while also becoming physically stronger and improving his ball skills.

Duby Maduegbunam has followed a similar path.  Finally 100% healthy after a knee injury in his sophomore season, he looks more athletic and powerful than ever before.  He made a big impression this summer with the Boston Warriors and should do the same for KUA this season with his ability to score in bunches.

One player who has improved as much as anyone, albeit not yet as publically, has been six-foot-ten big man Moses Toriola, who missed the summer circuit to concentrate on his academics but looks bigger, stronger, and more confident heading into his junior season.

Of course, the anchor of the team will be none other than Abdul-Malik Abu, the explosive six-foot-eight forward who established himself as one of the top players in the entire country during the recent spring and summer grassroots seasons, not just on the EYBL circuit with his Expressions squad but also in a variety of top national camps.

The most notable addition will be six-foot-six point guard Oliver Tot, who arrives with a ton of international experience, having already run with the Slovakian u20 national team at the European Championships, and looks to be just the pure guard and distributor that this team needs to maximize their weapons.

That solid six man core will be supplemented by guys like Nathan Hall, Max Silveira, and Charlie Williams, all of whom could play important minutes  Hall is a six-foot-guard and KUA’s latest British import while Silveira is a local product who will provide added depth in the backcourt.  Williams is a six-foot-eight big man who will likely back-up Abu and Toriola along the frontline.

In total, this group has a few different things working for them.  First and foremost, they have enough sheer talent to go blow for blow with anyone in class AA, but more than that they also have a team with clearly defined roles.  Abu is the star, Tot is the general, Maduegbunam is the secondary scorer, Ainge is the energizer who makes things happen, Brent is the shooter, and Toriola is the defensive anchor.

Perhaps most importantly, they are a team that has put in the long hours of work after falling short in last year’s semi-finals, and has a collective drive and belief as a result that could very well push them towards a title.