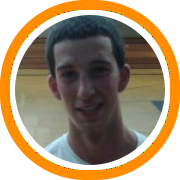 The reigning NEPSAC AA champions are looking to repeat this season and with a backcourt trio like Kaleb Joseph, Jalen Adams, and Idris Taqqee, they’ll certainly have a good opportunity to do just that.

The last time the Penguins took the court, they won one of the most dramatic championship games in the history of the NEPSAC, when Adams banked in a 40 footer to beat the buzzer and give Cushing the title.

While that moment has been forever etched into the minds of Cushing’s players and coaches, it’s also served as the source of motivation, not just for St. Andrew’s, but for other AA contenders like Kimball Union Academy, Wilbraham & Monson, Tilton, and so many others.

So while there is no denying that the pieces are in place to make another run, all signs point to the second act being even more challenging than the first.

Fresh off his commitment to Syracuse, Joseph has emerged into more of a natural leader this fall according to head coach Barry Connors.  He’ll run the team from the point and look to balance his own individual offense with his responsibilities to keep everyone involved.

Adams is likely to emerge as the team’s leading scorer.  He’s added an inch or two to his frame since last season and has an effortless ability to put points on the board.  Meanwhile Taqqee, who pledged to St. Bonaventure in August, will make more of an offensive contribution this year while continuing to be the team’s best defensive player.

The biggest question mark for Cushing is how they will replace the void left by Andrew Chrabascz’s departure, since the Butler freshman didn’t just score and rebound, but also provided toughness and leadership.

The arrival of six-foot-seven post-graduate Connor Gilmore will help to soften the blow.  He’s a different type of forward than Chrabascz, but has a tremendously strong body and the type of long distance shooting range that will stretch the floor and open up the lane.    Another post-graduate, Aaron Todd, is a crafty inside-out style post with veteran savvy who will also see important minutes while six-foot-eight junior Shawn Clarke will have opportunities of his own.

Brendan Miller is another newcomer who is expected to make his presence felt this season, both by spelling the starting backcourt trio as well as potentially joining them to give the Penguins the option of going small with a four guard look.

The Penguins will also get a boost from the return of junior guard Jaime Carey, who has been sidelined by injuries for the better part of his first two seasons.  He and junior swingman Russell Olive will provide two more shot-makers to help keep opposing defenders honest while Austin Wood and Mike Simonetta provide other versatile guards and quality small college prospects.

Finally, don’t be surprised to see a trio of highly talented freshmen making contributions.  Kimani Larence is one of the top 2017 prospects in all of New England and ready to make his mark this coming season, while Jarrod Simmons is a similarly built long and athletic swingman with a high upside of his own.  Add Jordan Heywood to the mix and the foundation is in place for Cushing to be successful for the foreseeable future.

Ultimately, there’s no denying that Cushing has the individual weapons in place to make another run, but it won’t be easy with an incredibly deep league featuring a handful of contenders who are capable of knocking each other off on a nightly basis.