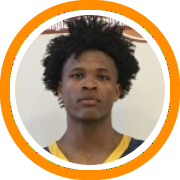 Head on a swivel.

That’s a common phrase in the coaching world, often used as a defensive instruction referring to seeing both man and ball.

For Cheshire Academy though, the phrase was also consistent with their approach to the 2016-2017 season as they were undoubtedly always looking over their shoulder with the constant rumors of Chol Marial’s departure, albeit through no fault of his own.

With Marial now officially gone (he transferred to IMG Academy in Florida), Cheshire can get a totally clean slate and approach the season with no distractions or question marks as to what their roster will look like.

Junior big man Justin Allen is the lone holdover from last year’s team and now in his third season at Cheshire Academy. The 6-foot-8 big man returned to school in the best shape of his high school career to date, ready to show off his combination of size and skill, and potentially poised for a breakout year.

There are a host of newcomers in the class of 2018 with a mix of post-graduates and even local transfers.

Kevin Buckley is the most notable new name. A 6-foot-6 wing with a powerful physique and explosive athleticism, he’s a YouTube sensation waiting to happen who has a collection of division I offers already to his name.

T.J. Rountree, a post-grad from nearby Hamden Hall, recently accepted a full athletic scholarship to Adelphi University. Before heading to New York though, Rountree will be an offensive spark for this Cheshire team with his ability to rain jumpers from behind the three-point line. Canterbury transfer Evan Goldberg provides another familiar name as well as a big man with terrific size and a crafty interior game.

Aaron Burt and William Ellis, a pair of post-grads from New York, are both bound to make an immediate impact as well. Burt embodies the positionless type of basketball that has become the fad in today’s day and age while he also has good size at 6-foot-6 and a ripped physique. Ellis is an athletic guard with an attacking game who has a chance to make a name for himself as one of Cheshire’s most important players this year. New Jersey native Joe D’Amico is another post-grad who will add to the team’s perimeter depth.

Not unlike some other AA teams, being a junior or multi-year player essentially makes you an underclassmen at Cheshire and they have a nice 2019 class to build a bridge to next season.

Fairfield Prep transfer John Kelly will follow in his brother’s footsteps after Rich Kelly played his way into an offer from Quinnipiac last year. John is similarly skilled but a much different player as he’s nearly six inches taller and able to provide a skill shooter at the forward positions.

Jamaal Waters, who transferred in from Canterbury along with Goldberg, provides a nice compliment to Kelly’s skill along the frontline with athleticism and a strong body that is continuing to emerge. Eamon Fitzpatrick and Joe Parenteau are two more first year juniors from the local Connecticut area who should both impact the team with their high motors and energy levels.

Marco Barosi is a new name to know. The 6-foot-2 point guard comes to Cheshire from Milan, Italy and has a heady, crafty game that will give head coach Kevin Kehoe a nice change-up option to utilize next to Ellis’ attacking style.

This is a group that has something to prove, both individually and collectively, and there’s no one better at rallying a group around that theme than Kehoe. Rountree is the only player on the roster currently committing and, to a man, almost everyone on the team is looking to prove their worth to recruiters and doubters alike. They have good depth, nice positional balance, and a complimenting collection of skill and athleticism across the line-up.

This is a very dangerous team. They may not have the same star power as we’ve seen in recent years but they’ve got something to prove and they’ll be ready to show it on a nightly basis.