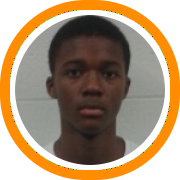 Now entering his 7th year at the helm of the Cheshire Academy program, head coach Kevin Kehoe has already restored a proud New England prep tradition and is now looking to bring the program to unprecedented levels.

His first five years were spent building the program from the ground up, climbing the ranks in Class B before taking the second NEPSAC championship in program history and first since 1990.

Last year, the Cats made the jump all the way up to Class AA and didn’t miss a beat as they qualified for the post-season for the fourth consecutive season.

This year, Kehoe might have his best team yet with five players in his 2016 class that are already committed to Division I schools.

The most exciting name on the roster though is that of a freshmen who only recently made his arrival. Chol Marial stands seven-foot-one with a whopping seven-foot-eleven inch wingspan. He’s already made national headlines with the likes of national media outlets like ESPN and is widely considered to be one of the top early prospects in 2019’s national class as he possesses the soft touch and foundation of skill to match his incredible size and length.

While Marial is certainly the best long-term prospect on the team, and a player that fans will likely flock to see, he’ll have the luxury of being surrounded by veterans and so won’t have any additional pressure on his young shoulders just yet.

Hofstra pledge Elijah Pemberton appears poised to deliver on a big year after having a breakout season at AA rival Master’s a year ago. A high level athlete who has improved as rapidly as anyone in New England over the course of the last two years, Pemberton should be the focal point of Cheshire’s perimeter attack this season.

He’ll be joined in the backcourt by Penn commit Ray Jerome, who returns to Cheshire for his second season, as well as Clayton Le Sann, a southpaw combo-guard from Switzerland. Both players are notable three-point threats while Jerome is also a powerful athlete on the perimeter and Le Sann a skilled and crafty playmaker. While there isn’t a pure point guard among that trio, there is a wealth of offensive firepower and versatility that should make them extremely difficult to contend with.

Up front, San Diego pledge Jose Martinez will be in the man in the middle. A long and skilled big man who is just as comfortable bombing threes as he is around the basket, Martinez comes to Cheshire from Long Island Lutheran in New York and has also improved quite a bit within the last year.

He’ll be joined by Thomas Huerter, a skilled six-foot-six forward who will give the Cats yet another high level threat from behind the three-point line as well as a very heady player whose basketball I.Q. and passing ability could be utilized to help compensate for the lack of a true point guard.

That five-man core – Martinez, Huerter, Pemberton, Allen and Le Sann – projects as a potentially lethal unit on the offensive end of the floor as all five players are very legitimate threats from behind the three-point line which should allow for premium spacing and thus bigger driving lanes for Pemberton to attack off the bounce.

Brendan Baker, a good sized southpaw wing from Texas, also fits into that style as another southpaw shooter with deep range and so will be a well-utilized weapon off the bench.

If Kehoe decides he needs more of a true low post presence, he has that at his disposal as well with Jeff Allen, a repeat junior who transferred in from nearby Hand High School. While Allen too has the ability to step-away from the basket and face-up, he has a knack for playing with his back to the basket and thus can provide another dimension altogether for this attack while his younger brother, Justin Allen, is another talented freshmen who joins Marial in the class of 2019.

Brendan Ehrhart, a post-graduate forward from New York, and junior guard Taylor Nussbaum round out the rest of the potential rotation and give Kehoe the depth to protect against injuries or foul trouble during the course of the year.

Cheshire’s season officially tips off on Wednesday with a trip to the Canterbury School before traveling to the Zero Gravity Prep Classic this weekend where their Friday night match-up with South Kent will be the finale of a triple-header to be streamed live on CoxHub.com.