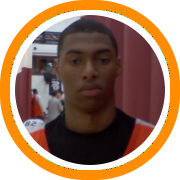 The Brimmer and May basketball program has been of a victim of their own success in recent years.  A very small day school in Chestnut Hill, they saw tremendous success early in the decade playing against similar sized schools in class D.

But that success eventually came at a price as they eventually had problems scheduling games against willing opponents and were consequently forced to move up to class C where the process only repeated itself two years later with a move to class B.

This summer, Brimmer and May took the final jump as they joined the newly formed class AA.  And while no one seems to be talking about them as one of the favorites heading into the season, they may just be the league’s sleeper.

Head coach Greg Kristof has as talented of a roster as he has had in his six years at the helm of the program but undoubtedly more depth and veteran experience than ever before.

The class of 2011 is five deep with a trio of mid-major players at the helm in Chris Sherwood, Ryan Canty, and Marco Banegas.

Sherwood returns to Brimmer for his second season after a breakout summer that had him showing his explosive athleticism, open floor playmaking ability, and improved jumper.

Canty and Banegas are local Massachusetts natives who are both making their debuts this season.  At six-foot-nine Canty gives Brimmer the type of imposing interior presence they have never had before thanks to his combination of power and athleticism while Banegas is a playmaking lead guard who thrives in the open floor and should be perfectly utilized in Brimmer & May’s attacking system.

Jared Fay and Oliver Nazon are two other seniors who return for their senior year.  Fay is almost the backcourt equivalent of Canty in that he has a ripped physique and bouncy athleticism while Nazon is a versatile forward who flies around the court to get his hands on a ton of balls on both ends.

The program also features a terrific trio of sophomores who not only make the future bright but also promise to be impact players this season.  Jake Fay might have improved more in the last twelve months than any other player in the class of 2013 as he has established himself as a skilled shot-maker with good bounce of his own.  He is joined by newcomers Adrian Oliveira and John Powell.

Oliveira is a rapidly improving lead guard with a high I.Q. for the game, terrific court vision, and innate feel while Powell is a long and athletic lefty forward with a very high ceiling.

When it comes to upside, freshman forward Alijiah Robinson takes the cake.  Having shot up two inches to six-foot-six in the last four months, Robinson has all the early markings of a big time prospect and if history is any indication, he should be the latest in a long line of Brimmer & May products to improve greatly under Kristof’s tutelage.

Also expected to contribute on this year’s team is another new face in Justin Turner, who arrives from Worcester as a versatile backliner capable of playing either on or off the ball.

Ultimately Brimmer may not have the sheer talent of St. Mark’s or Tilton, the size of Wilbraham, or the experience of Worcester, but what they do have is a unique combination of the three that should make them a very dangerous opponent and a program that is capable of turning some heads this year.