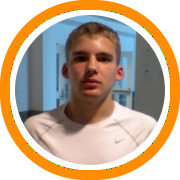 Last year the Brimmer and May School started its first campaign in NEPSAC Class “B”, making it to the semifinals. This year they have to offset the loss of Kyle Casey, now in his freshman season at Harvard, but nonetheless, it is clear that they are going to be back in the mix as one of the top teams in New England.

They return a very experienced backcourt of Derek Retos and Eric Alleyne.  Retos is a 1,400+ point scorer and arguably the best shooter in New England while Alleyne is a rugged attacking guard with excellent court vision. Both players are being actively recruited by a number of schools in the Northeast.

Also returning is the much improved 6’6” forward Troy Robinson, who recently committed to Bryant.  Robinson is a high-level athlete that can defend four positions and also finishes tremendously well in traffic. 6’4” Junior Chris Sherwood proved to be one of the best athletes in 2011 class this past summer after playing with the Expressions Elite team.  Sherwood is another multi-faced player who can play 3 positions and has been known for his incredible finishing around and above the rim. Sherwood’s interest right now is coming from the Atlantic 10, Colonial Conference, Southern Conference, Patriot League, and America East. Junior sharpshooter, Jared Fay will most likely round out the top five. Fay is a very heady player with tremendous range and a high basketball IQ.

The most intriguing prospect for the Gators may be 6’4” freshman, Jake Fay, who is a long range sniper with unlimited offensive talent. Fay is already getting interest from a number of mid and high major schools. Also playing major roles for the Gators will be senior guard Patrick Pierre-Victor and junior Oliver Nazon.

Despite the loss of Kyle Casey the Gators will once again look to make a run in Class “B” while continuing to play a high scoring and entertaining brand of basketball this year.