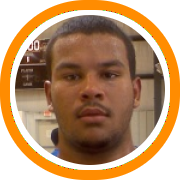 The basketball program at the Brimmer & May School has been one of the fastest rising programs in the region over the last three years.  When Greg Kristof took over the program in 2005, Brimmer had just won the class D title but was returning a relatively young group.  By continuing to bring in top level talent, Kristof was able to not only sustain the levels of excellence achieved in year's past, but also improve upon it.

Just a year later, in the 2006-2007 season, Brimmer finished with a record of 22-3 advancing all the way to the finals of the Class D Tournament.  But their sudden jump up the standings didn’t come without consequences as their inability to find other class D programs to play them forced them to move up to class C.

Last year it was a similar story.  They had a tremendous regular season going 18-6 and finishing sixth in class C.  But once again scheduling was a problem and so now Brimmer and May is set to begin the 2008-2009 season in class B.

While it’s true they may not dominate the competition like they did in class D or even class C, it would be foolish to think these guys aren’t legitimate contenders in class B.

6’7” senior forward Kyle Casey is once again the anchor of the team.  He scores inside and out blending a polished skill set with impressive athleticism.  And although his future likely belongs on the perimeter for an Ivy League School, he is also a very valuable interior defender using his quickness and athleticism to block a wide variety of shots.

Derek Retos is entering his junior season but he has already scored his 1000th point after getting significant varsity minutes as just an 8th grader.  He’s widely known as one of, if not the, best shooters in New England, but he has worked hard to expand the rest of his offensive game and is consequently now generating some interest from schools in the Ivy League, Patriot League, and America East.

Brian Johnson is a 6’3” swingman who is a big time athlete as he combines speed, quickness, and power like few others can.  Johnson’s final go round could be a break out year for him as Kristof says he would like to see his senior be more of a scorer this year.  He is hearing from a wide range of division II schools as well as top academic division III’s.

Other returning starters include junior guard Eric Alleyne and senior big man Brendan Rollins.  Alleyne is a southpaw guard who can be explosive at times creating plays for himself and others.  Rollins is a four year starter at the center position despite being only 6’3”.  But he has proven himself to be extremely dependable as a highly skilled offensive player and a high volume rebounder.  Alleyne is generating recruiting interest from a wide range of schools, some as high as the low major level, while Rollins has proven himself to be a legitimate college player.

Newcomers of note include Troy Robinson, an athletic and intelligent swingman who could contend for a starting spot and Oliver Nazon, a 6’4” sophomore swingman with good upside and a chance to be a major contributor this year.

This Brimmer and May team will undoubtedly be a team to be reckoned with this season.  Whether or not they can work their way into the upper elite of class B remains to be seen, but what cannot be denied is that there is probably no other New England program who has improved more over the last three years than Brimmer and May.