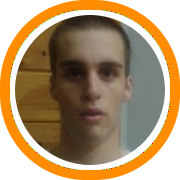 For the last few years we’ve always started our annual look at Bridgton Academy by providing a similar historical context.  We’ve reminisced about how the Wolverines were the storied program in New England not so long ago, winning four NEPSAC titles in a five year span that began in 2005.

But the reality is that this is a new team in a new era of prep school basketball.  They’ve maintained their position in New England’s most competitive league, albeit while allocating far less resources to the program, while watching former rivals like Winchendon, MCI and others move away from that challenge altogether.

The one constant has been head coach Whit Lesure, who has been forced to evolve more than any other coach in New England within the last five years.

Truth be told, Lesure was already doing more with less when Bridgton won their last championship in 2009, but the current reality is that this team was built not to contend for championships as much as it was to fit in with the vision of the school.

To Lesure’s credit, he’s never shied away from his latest challenge or coached his recent rosters with any less enthusiasm than he did the teams full of mid to high-major division I prospects, and while it will continue to be an uphill battle in the 2013-2014 season, there are signs of progress in North Bridgton.

This is a group that should be able to rally around a theme of having something to prove.  That will begin in the backcourt with South Portland graduate Tanner Hyland.  The younger brother of former local star, Keegan Hyland, Tanner has improved as much as any player in New England over the last twelve months and looks poised to take his own reputation to a whole new level this season.

Post-graduate big man Zack Lydon has similar roots.  He’s watched his little brother, New Hampton forward Tyler Lydon, make national headlines this summer, all while having plenty of talent of his own and so this could be just the opportunity he’s looking for to write his own story this season.

Joel Berroa, a post-graduate from Central Catholic in Massachusetts, was likely under-recruited coming out of high school and now has an opportunity to prove himself in the top post-graduate league in the country and solidify his scholarship level status.

Troy Pelletier and Prince Unegbeau are two other local prospects with a chance to make their presence felt this coming season.  Both are doing double duty at Bridgton, currently starring on the football field, but should make immediate contributions on the hardwood this winter.

The most naturally talented player on the roster may be Rayon Miller, a Canadian native who may not fit the alpha male prototype but has the quiet efficiency which the Wolverines will depend on both offensively and defensively.

Another player who has proven himself to be of critical value is Simon Pittman, a six-foot-four swingman from Utica, New York who distinguishes himself with his toughness, competitive nature, and well rounded game.

Seven-foot center Davis Carter is the x-factor up front.  His size alone gives Bridgton the type of interior presence that most other teams will be unable to match and so if he can assert himself, it will pay immediate dividends.

Mark Collins and Gavin McTavish are two more players expected to see minutes along the frontline while a battle for minutes in the backcourt will likely include Casey Vicker, Andrew Alicea, Zac Nuttall, Liam Mitchell, and Isaiah Thomas.

In short, this group might not hang another banner in Bridgton, but if they can collectively rally behind the challenge of battling the best programs the nation has to offer on a consistent basis, they’re bound to benefit as a result, both individually and collectively.