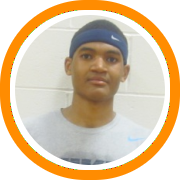 It was 13 years ago that Jason Smith was named the head boys basketball coach at Brewster Academy, a school that lacked a basketball tradition and was anything but a national powerhouse.

Since that time he has built Brewster into one of the premier post-graduate programs in the entire nation.  Last year’s National Prep Championship made them the only school in the country to win multiple titles since the National Championships originated in 2007.

In the last five years alone, Brewster has advanced to the National Prep Championship semifinals in all five seasons, taken four regular season NEPSAC titles, and NEPSAC tournament championships in 2008 and 2010.

Success comes with a price though, and for Brewster Academy, it’s the burden of expectations.  There’s no hiding from the fact that they’ll get the best shot of every opponent they see this year as both their recent history and current talent level are well known.

So how does the 2012-2013 squad compare to last year’s national champions?

This year’s team is definitely younger and less experienced than last year’s group, with three of their top six players – McCullough, Terrell, and Zabo – still in the class of 2014.

However, there is more total depth to work with this year with a line-up that could very easily go ten deep with the likes of John Edwards (New Hampshire) Martez Harrison, Robert Champion and Patrick Wallace all generating varying levels of division I recruitment while Zuri Pavlin, Alex Hall, and Rudolfs Arnicans are getting plenty of looks from various levels as well.

While last year’s group obviously had talent at all five positions on the floor, they had an undeniable advantage up front on a nightly basis.  There’s similar depth of talent this year with Macon, Washington, and McCullough filling in for McGary, Sampson, and Reynolds while an improved Edwards continues to be a utility forward who can plug either spot.

Such talent and depth creates two potential scenarios which would seem virtually unfathomable anywhere else in the country.  The first is that a high-major player – like Macon, Washington, or McCullough – might not crack the starting line-up.  At Brewster, that’s far from unprecedented.  In fact, McGary spent most of last season filling that same sixth man role.

The second scenario is bound to happen at some point, if not in the starting line-up, and that’s for Macon, Washington, and McCullough to be on the floor together.  This line-up isn’t even that much of a stretch given McCullough’s growing perimeter skills, but would give the Bobcats an obviously huge size advantage.

The backcourt has equivalent talent, but more youth, and so more questions.  Brewster hasn’t started an underclassman at the point guard spot since Naadir Tharpe and they haven’t paired two underclassmen guards together anytime in recent memory.  So while Zabo and Terrell are both likely to pay critical roles, Patterson will need to be the stabilizing force given his experience and versatile scoring tools.

Beyond their personnel, this team also appears to have just the right attitude.  If this fall’s open gyms were any indication the roster is full of guys who want to win and are willing to pay the price.  If that continues to be the case for the next six months than the baker’s dozen could prove to be very lucky for Coach Smith and Brewster Academy.