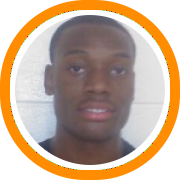 Talent alone won’t win the NEPSAC crown, but you have to have talent to win the NEPSAC crown.  It also doesn’t hurt to have two studs up front, and that is exactly what head coach Jason Smith has in Thomas Robinson and Andrew Fitzgerald.  Robinson is probably the region’s most notable incoming prospect, having already trimmed his list to five schools in Kansas, Memphis, USC, Texas, and Miami.  But if last Wednesday’s open gym was any indication it may actually be Fitzgerald that turns out to be the team’s dominant low post scorer this year.  While the Baltimore native still needs to get into better shape, he has a soft touch and finishes absolutely everything in the paint.

Givon Crump was also particularly impressive when we watched.  He continued to shoot the ball extremely well from behind the three-point line with his customary high arcing ball.  Crump has also added about ten pounds of muscle since the end of last year which gives him a college ready body.

Reggie Moore and Derrek Tartt are two other guards who should make significant contributions in their post-graduate seasons.  Both are likely to be recruited at very high levels as Moore is awaiting his release from Fresno State and Tartt is already hearing from places likes Purdue and Iowa.

But believe it or not, with all of that veteran talent in the backcourt, sophomore Naadir Tharpe may have the best chance to earn the starting point guard position.  Despite his youth the Worcester native isn’t deferring to anyone and already establishing himself as a vocal leader of the squad.  But perhaps most importantly, he is a player who won’t need a lot of shots to maximize his value as he should thrive being surrounded by so many athletic scorers to distribute the ball to.

As if that weren’t enough, Smith has the potential luxury of bringing three division I caliber guards off the bench in Simeon Marsalis, Devan Bailey, and Chris Parrish.  Marsalis is a strong lefty who combines a fiery competitive streak with the ability to always stay under control.  He is also a terrific student with tons of interest from schools in the Ivy and Patriot Leagues.  Bailey is another strong student who will clearly play an important role on this year’s team as he once again appears to be Brewster’s best on-the-ball defender.  Meanwhile, Parrish is ideal to bring off the bench because he does a little bit of everything and creates match-up problems with his tremendous upper body strength.

Canadian junior Melvin Ejim is another big time prospect coming off the bench.  Ejim.  should thrive in Brewster’s transition attack as he has good strength and tremendous athleticism.  Colin Chadwick should also see minutes up front and will be able to make an impact with his ability to rebound the ball and finish around the cup.

Also keep an eye on Luke Apfeld and Andrew Fenstermaker.  Apfeld is expected to return to the line-up in January after tearing his ACL this summer while many will remember Fenstermaker from the huge numbers he put up at St. Paul’s last year.

When you add it all up this is a Brewster team that once again has all the pieces to go all the way: a deep and athletic roster who can run and jump for all 40 minutes; a plethora of creative guards who will be able to create off the dribble; and in all likelihood the best interior tandem in the league.