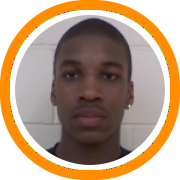 Marra continued to show his lethal three-point shooting and impressive athleticism throughout the week, and was particularly impressive in the final day and a half as he was watched by his future coach, Rick Pitino.

Creek is another player who is already off the recruiting board, as he committed to Tom Creen and Indiana in the spring.  However, Creek was making his future coach look good this week as he earned praise by a variety of national media outlets en route to his all-star selection.

Crump had a big day on Wednesday as he scored 18 and 21 points in his team’s two games.  That performance earned him a scholarship offer from UCLA while a variety of other high major programs remain hot on his tail.

Robinson, originally from the Washington D.C. area, exploded onto the national recruiting scene this spring.  He has not let up since then as he has cemented himself as a high major recruit and certainly projects to be one of the NEPSAC biggest talents next year.