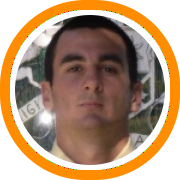 The pre-season prep school poll was announced earlier this morning and it had a distinct New England feel.  The top ten list is voted on by 6 writers (Jeff Goodman of Scout.com & Fox Sports; Adam Finkelstein of New England Recruiting Report & Hoop Scoop Online; Phil Kasiecki or Hoopville; Pat Stevens of CSTV; Adam Zagoria of the Herald News in New Jersey; and Brett Swanson of Swanny’s Roundball Review in the mid-west.  The poll will be updated on a monthly basis with the top 8 teams in the final poll qualifying to play in the National Prep Championship.

4.  Brewster Academy – 32 points
Jason Smith's team may be small in stature, but it's guards can match up with just about anyone. Anthony Crater (Ohio State) and Mark Lyons (Xavier) compliment one another well - and Arizona-bound forward Emmanuel Negedu is all about production. The key will be whether Negedu can get enough help up front.

5.  American Christian – 30 points
There's no better player in the prep ranks than versatile guard Tyreke Evans, who will likely choose from Memphis, Louisville and Villanova. Coach Tony Bergeron will have a quality supporting cast for Evans, led by guards Jeremiah Kelly (DePaul), Lamont Jones and Oscar Griffin. The boys from Philly have the perimeter play, but will need some frontcourt production.

7.  Findlay Prep – 14 points
It's hard to ignore what this second-year program out of Las Vegas has been able to do. Findlay has a terrific trio of DeAndre Liggins (Kentucky), 6-foot-8 junior forward Clarence Trent and wing Deividas Dulkys (Florida State). There is plenty of size up front with a trio of 6-foot-10 players - Carlos Lopez, Brice Massamba and Amadou Barro as well as 7-foot-1 Jordan Bachynski.

8.  Bridgton Academy – 13 points
The three-time defending NEPSAC Class A champs aren't all that intimdating on paper, but coach Whit Lesure has proven that he doesn't necessarily need superior talent to win games. However, this team is lacking a big-time player and size. The core of the team revolves around guards Cardell McFarland, Hamid Ford and Stacey Waters.

9.  Winchendon School – 11 points
The big name is obviously 7-foot-2 Sudan native John Riek, who should be a dominating presence in the paint. The question is whether Mike Byrnes' club has enough firewpower around the big man. Larry Anderson will need to become a scorer from the wing - and the point guard duo of Jansy Crews and Anthony Raffa (Albany) will have to step up.

10.  St. Thomas More – 8 points
Jere Quinn has one of the league's top returning players and also one of the nation's elite in Indiana-bound wing Devin Ebanks. Quinn will also have a solid floor leader in Quasim Pugh (College of Charleston) and athletic forward T.J. Robinson.