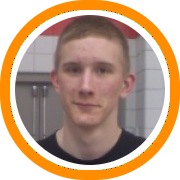 Kolbe Cathedral guard Dominique Langston will head to St. Thomas More next season as a post-graduate.  Langston, who was one of the top players in the CIAC this year, is a strong guard with a college ready body.  He’s a pure scorer who can put points on the board both by going to the rim and making shots from the perimeter.  Langston is once again running with the Connecticut Basketball Club on this year’s AAU circuit and is expected to generate a wide variety of recruiting interest this summer.

Putnam Science Academy will be adding Frank Robinson, Michael Gittens, and TaQuan Zimmerman to their roster next year as head coach Tom Espinosa has reloaded after leading PSA to the Coastal Prep League Championship in just the school’s third season with a varsity basketball program.

Robinson will transfer to Putnam Science Academy from Mount Pleasant High School in Rhode Island.  Robinson was a Division I All-State player last season after averaging nearly 23 points, 5 rebounds, and 4 assists per game.  He led Mount Pleasant to the division I state finals last year, in his last season of eligibility.  He will be a senior at PSA next year.

Also set to attend Putnam Science next year is Gittens, who will be a post-graduate following his graduation from nearby Montville High School next month.  Gittens averaged nearly 20 points and 10 rebounds per game this year while accumulating a long list of individual accolades including Stonington Times First Team, All Norwich Bulletin Team, All New London Day Team, ECC First Team All-Star, and Class M All-State.

Zimmerman will also be a post-graduate next season following his graduation from Holy Cross High School in Waterbury, Connecticut this spring.  He averaged 17 points and 6 assists this year while being named All Naugatuck Valley League, All New Haven County, and MVP of the Connecticut Coaches Association All-Star Game.

Aaron Davis, currently a sophomore at Marshfield High School, will transfer to the Brooks School where he will repeat his sophomore year.  Davis is a very talented point guard who should be able to step right in and run Brooks’ team next year in the very competitive ISL.  Davis had received high praise this spring, thriving with the BABC on the AAU circuit.

Jared Fahmy will head to Brewster Academy next season and repeat his sophomore season after spending the last two years at Bedford High School.  Fahmy is a young forward with good size, a rapidly developing low post game, and a good medium range jumper.  But he’ll have to beat the odds in order to crack Brewster’s line-up next season as Jason Smith has built his club into a perennial contender on the national level.

Fresh off their National Prep Championship, the Tilton School has added three new pieces for next season.  6’7” center Alex Stoyle and 6’3” forward George Tsougranis are two New Hampshire products that will be staying close to home for an additional season as post-graduates.  Alex Stoyle is a developing big man who should tremendously benefit from an extra year while Tsougranis is a 6’3” power forward who plays like a bull rebounding and finishing inside the paint.

Also, joining the Rams next season as a freshman will be Goodluck Okonoboh.  The 6’7” youngster came up on our radar when he shined at the Junior Elite 75 Showcase in April.  Okonoboh, who is Alex Oriakhi’s younger cousin, has the potential to be the next great player to come out of the BABC organization.

Scott King will transfer from Pinkerton Academy to the Holderness School where he will repeat his junior year.  King is a skilled 6’6” forward who has plenty of potential to blossom with long arms and a sweet shooting stroke.  He’ll need to hit the weight room and learn to be more assertive, but if he can do that he should be a good college prospect following his two years at Holderness.

Sean McCarthy’s post-graduate season was such a success that younger brother Andrew will follow suit.  Sean spent last season at Loomis Chaffee, leading the team to the first ever Western New England Championship and earning a division I scholarship to NJIT in the process.

Now as Sean moves on to the college level, his younger brother Andrew McCarthy will arrive just in time to take his spot.  Andrew has all the tools to be just as successful as Sean was as he has pretty good agility and reflexes from a seven-footer to go along with a soft touch around the rim.

McCarthy’s interior running mate with the Bay State Magic, Dennis Clifford, will head to Milton Academy next season to play for former division I assistant Lamar Reddicks.  Clifford is a 6’10” big man with an unquestioned tool set and with two years under Reddicks’ tutelage it will be no surprise to see him end up with a scholarship.  Clifford has good hands and feet on the block, a soft touch with both hands, and a pretty good understanding of how to play the game.

Grant White is heading to Kimball Union Academy next year as a post-graduate and will play both football and basketball.  Also a two sport star at Springfield High School in Vermont, White led his basketball team to the division II state championship this year, dropping 33 points in the final game.  That performance was the culmination of a terrific year for the 6’3” shooting guard.  White not only offers great size and toughness from the perimeter, but he is also a deadly shot maker from behind the three-point line.

Jeff Tagger will attend the Taft School for a post-graduate year following his graduation from Catholic Memorial next month.  Tagger is a playmaker who is productive with both his dribble penetration and his perimeter jumper.  He’ll be part of a lethal incoming backcourt for Taft as he’ll join fellow incoming post-graduate Chris Evans as well as re-peat junior C.J. Moss.

Danbury High School's Lenzie Harrison is headed down south to North Carolina to attend Mt. Zion Christian Academy.  Harrison emerged as one of the top point guards in the CIAC during his senior season and has continued to impress during the course this spring's AAU circuit.  He's a pure point guard with great quickness to create off the dribble and an absolutely tremendous on-the-ball defender.