#NPS in the Headlines 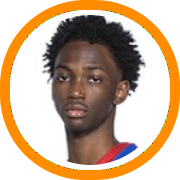 The nation's best prep school event lived up to expectations this weekend with national media coverage from multiple outlets, over 100 college coaches and 30 NBA scouts checking in throughout the three days of action. Here's a look at some of the coverage from various print-media outlets: